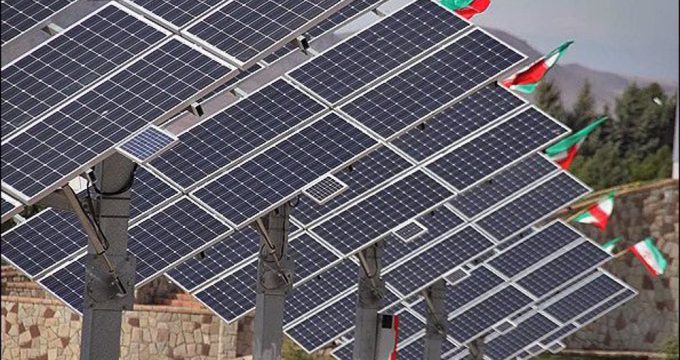 Iran has launched a massive plan to expand its solar energy sector as five government departments sign a memorandum of understanding (MoU) to build hundreds of thousands of small-scale solar generators in improvised regions across the country.

A report by the Iranian Energy Ministry on Monday said that more than 550,000 units of solar arrays with electricity generation capacity of 5 kilowatts will be installed in Iran under the agreement signed earlier in the day.

It said the government would guarantee to buy the electricity generated in those farms at a fixed price of 22,000 rials ($0.07) per kilowatt hour.

It said the scheme would help empower low-income households in poor regions, especially those on government benefits.

The five government departments contributing to the scheme are the Energy Ministry, presidential deputy on rural development, the construction arm of the Basij military force as well as two main charitable organizations of Emdad and Behzisti.

In remarks published on Monday, Iran’s First Vice-President Mohammad Mokhber called on state and private banks contributing to the scheme to provide the required funds to prevent any delay in the massive empowerment project.

Iran has announced plans to expand its renewables sector by 10 gigawatts (GW) until 2025. Renewables, including from solar and wind sources, currently account for around one percent of the total electricity generation capacity of more than 85 GW in the country.

The new government scheme to install 550,000 solar arrays in poor regions is expected to add 2.7 GW of generation capacity to the country’s power mix.