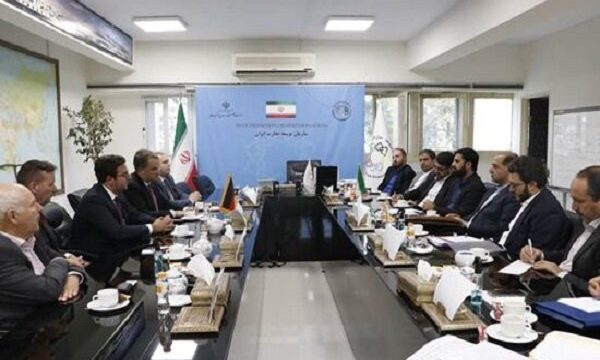 Chairman of the Board of the German Federal Association for Economic Development and Foreign Trade (BWA) Michael Schumann called for allocating more exhibition space to German businessmen in exhibitions in Iran.

Schumann made the remarks in a meeting with the Iranian Deputy Minister of Industry, Mine and Trade and Head of Iran Trade Promotion Organization (TPO) Alireza Peyman-Pak.

The Iranian and German sides discussed developing commercial relations of the private sector of the two countries with each other, away from political issues.

“Today, according to the progress that has been made in Iran, the disruption of commercial communication (between Iran and Germany) is more to the detriment of the German businessmen than it is to the detriment of Iran, and we cannot take advantage of the existing capacities in Iran,”

The parties reached an agreement regarding communicating through B2B and B2C business platforms so that the businessmen can communicate with each other or do marketing for their products without holding in-person meetings and spending time and money.

Regarding the relations between the guarantee fund and the German insurance funds, it was decided that the parties should use the alternative solution of LC for the development of business relations.