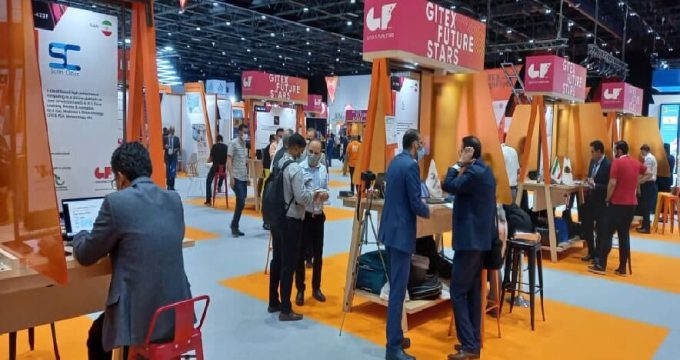 The third edition of the four-day exhibition will be held from September 10 to 13, ISNA reported.

On the sidelines of this exhibition, a pavilion of Iranian knowledge-based companies will be set up with the support of the Innovation and Prosperity Fund, and these companies will be able to present their products and capabilities.

One of the programs of the Innovation and Prosperity Fund in order to help the development of the export market of knowledge-based companies is to support their presence in foreign permanent exhibitions as well as participation in prestigious international exhibitions in two forms of independent presence and setting up a pavilion.

While in the same period last year, the export value of these companies’ goods was $400 million, he highlighted.

Knowledge-based firms exported $836 million of goods in the first three months of this year (started March 21). The Ministry of Foreign Affairs, in coordination with the Ministry of Industry, continues to increase the number of Iranian business consultants abroad.

Also, the ministry has organized intensive training courses for economic experts who intend to go on missions and work in foreign missions in order to update the economic information of the experts through their trips to 20 provinces of the country and get to know the economic capacities.

Currently, the priority is to increase transit relations with neighboring countries, and our policy is full economic cooperation with Afghanistan, as well as joint productions of knowledge-based companies abroad, he said.

Iranian knowledge-based companies marketed their products in 70 countries, and in some global markets have overtaken European and American companies, Siavash Maleki, deputy head of the Innovation and Prosperity Fund, said.

The number of knowledge-based companies has exceeded 6,800, he stated.

Last year, knowledge-based companies gained about $800 million in revenue from export, and in the current year (started March 21), it seems to reach over $1 billion, he noted.

These knowledge-based companies have now found their export markets in 70 countries around the world. In some markets, they have been able to overtake European and American companies, he emphasized.

Today, the country’s knowledge-based ecosystem accounts for more than 3 percent of GDP, he also said.

Exporting technological products of Iranian knowledge-based companies is one of the important and key programs of the vice presidency for science and technology, and in this regard, the Iranian houses of innovation have been set up in several countries to develop the global market for knowledge-based products.

These centers have already been set up in countries such as Russia, Turkey, China, Syria, Kenya, Armenia, and Iraq.