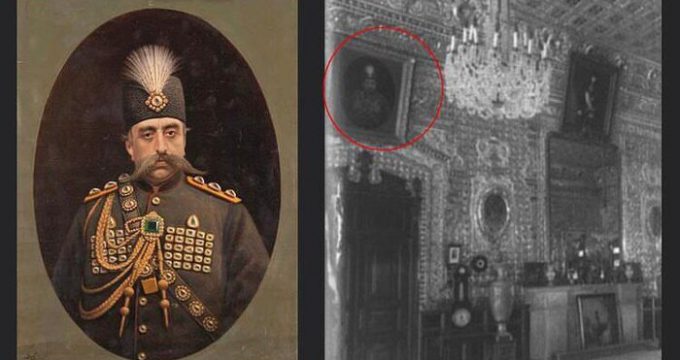 An official in charge of Iran’s historical-cultural properties said on Saturday that Iran seeks to retrieve a rare historical artwork illegally exported from the country and sold at a Christie’s auction.

The reports carried a black and white picture depicting the painting set up above the exit door at Talar-e Berelian (Berelian Hall), the main hall of the palace.

The reports also said that the oil painting done by Kamalolmolk, a court painter during the reign of Qajar king Nasser ad-Din Shah, was removed from the palace in 1999 and was sold at $44,650 during an auction sale at Christie’s in London on April 11, 2000.

After some investigation, Director General of Museums and Historical-Cultural Properties Morteza Adibzadeh confirmed the reports in an Instagram post on Saturday.

“The portrait definitely belongs to the Golestan Palace and was usurped from the palace and later exported illegally and sold abroad,” he said.

“It is vitally important to first verify that the artwork was illegally exported from the country. Then, our office, in line with its legal responsibilities, will begin pursuing an uncompromising agenda based on international law to return the artwork to the country,” he added.

Although Golestan Palace director Afarin Emami has not denied that the artwork sold at Christie’s was the painting that at one time had hung on a wall in the Golestan Palace, there appear to be discrepancies.

In the portrait on view at the palace, there were no square-shaped decorations drawn on Mozaffar ad-Din Shah’s clothing as are painted in the portrait sold at Christie’s, Emami said in her interviews with Persian media.

She also said that the oval-shaped frame of the Christie’s artwork differs from the frame on the one that belonged to the Golestan Palace.

She also noted that the artwork has not been registered by any of the trustees who have worked with the palace since 1982.

She said that a team of experts is currently investigating a list of the palace’s properties registered during the Pahlavi dynasty to find any record of the artwork.

In an interview, Seyyed Mohammad Beheshti, a member of the High Council for Cultural Heritage and Tourism, also said that Iran has previously signed the 1995 UNIDROIT Convention on Stolen or Illegally Exported Cultural Objects, based on which the country can file a lawsuit against Christie’s and the buyer of the artwork.