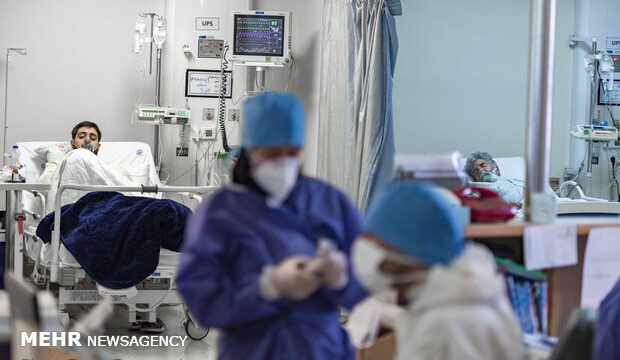 A new wave of the coronavirus is currently sweeping the country and the seventh peak of the disease is expected to occur by October.

Infections have been on the rise, with 7,851 new cases reported on Friday, up from 463 new cases on July 1. The hospitalization rate has been inching up as well, though still well below previous peaks.

Considering that infection with the BA5 variant is milder than other variants, it is expected that the seventh peak of the disease to occur by October with lesser mortality, Hamidreza Jamaati, secretary of the National Scientific Committee of Coronavirus, said.

If preventive measures such as wearing masks and injecting booster doses are adopted, we will not experience the rates of mortality that happened in March with Omicron or last summer with Delta, he added, ISNA reported on Friday.

At present, in Asia and Europe, the incidence of Covid and its mortality is steady and declining, while in some African and American countries, there is a growing trend of omicron variants such as BA4 and BA5, which have not spread in Iran, Jamaati said in May.

“Various studies have shown that in the first trimester after two doses of the vaccine, there is a 70 percent and after six months, about 50 to 60 percent effectiveness against omicron and its subtypes, so our emphasis is on completing the vaccination.”

If preventive measures such as wearing masks and injecting booster doses are adopted, we will not experience the rates of mortality that happened in March with Omicron or last summer with Delta.

However, Hamid Souri, an epidemiologist predicted in April that the seventh wave of COVID-19 may hit the country as health experts warn of a rebound due to the New Year (Noruz) holidays which started on March 21.

The seventh wave is likely to occur in mid-May, as it probably takes between two to six weeks to appear, he explained.

Regarding the formation of the seventh wave of the disease in the country, he said that “Wherever the density of contacts is higher, we are more likely to see an outbreak of the new strain, but the main foci of infection are important. At present, there seems to be a combination of omicron and Delta variants in the country.