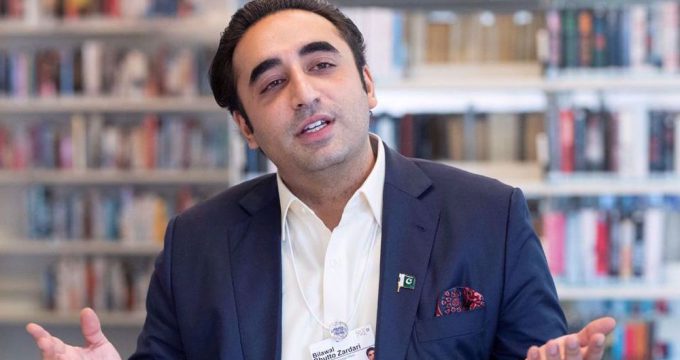 In a meeting with Hassan Kazemi Qomi, the Iranian special envoy for Afghanistan in Islamabad, Zardari said Pakistan is committed to a peaceful, stable, prosperous and connected Afghanistan, Pakistan’s Ministry of Foreign Affairs said in a press release on Friday.

He highlighted Pakistan’s provision of humanitarian assistance to Afghanistan, including recent relief efforts in the wake of the devastating earthquake in eastern Afghanistan on June 22, 2022.

The top Pakistani diplomat also reiterated the importance of continued constructive engagement and practical cooperation with the interim Afghan government in order to promote sustainable peace and security in the region.

The Iranian diplomat, for his part, said Iran associated significance to its relations with Pakistan. He commended Pakistan’s constructive role in Afghanistan and emphasized that peace and stability in the war-ravaged country were essential prerequisites for lasting stability and prosperity in the region.

In another meeting between Kazemi Qomi and his Pakistani counterpart Mohammad Sadiq, the two sides discussed the evolving situation in Afghanistan and highlighted the importance of pursuing continuous and practical engagement.

The Iranian and Pakistani diplomats also reviewed various trade and connectivity initiatives in the region.

The United States and a number of its allies invaded Afghanistan and toppled a Taliban regime there in late 2001 under the pretext of the so-called “war on terror.” The invasion and the ensuing war gravely worsened the security situation in the country.

The government of Afghanistan collapsed on August 15, 2021 and then President Ashraf Ghani fled the country in the face of the lightning advances of the Taliban militant group that followed US President Joe Biden’s decision to withdraw the American troops in a disastrous pullout. On September 7, the Taliban announced the formation of a caretaker government in Afghanistan, where hunger and poverty has significantly increased during the past month.

In talks with Pakistani Prime Minister Imran Khan in Tajikistan’s capital city of Dushanbe in September, Iran’s President Ebrahim Raisi said the 20-year occupation of Afghanistan by the US forces only brought destruction and massacre to the war-ravaged country.

“The 20-year presence of American and Western forces in Afghanistan had no result, but destruction, homelessness and massacre of more than 35,000 Afghan children and thousands of men and women,” Iran’s president said.