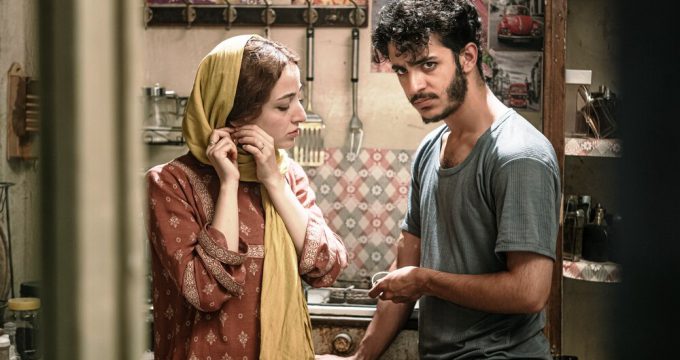 “Drowning in Holy Water”, a drama on Afghan migration, was picked as best film at the 5th Malaysia Golden Global Awards, the organizers of the Malaysia International Film Festival announced on Tuesday.

The Iran-Afghanistan co-production directed by Navid Mahmudi tells the story of Rona and Hamed, two young Afghans who are in love with each other. Searching for a better life, they have decided to immigrate to Europe but they have to make a big decision to make it happen, a decision that relates to their religion and beliefs.

The film’s stars Neda Jebraili and Matin Heidarnia were also nominated for the awards for best actress and supporting actor for their roles, however, they failed to win the honors.

Instead, Laure Calamy was crowned best actress for her role in the French drama “Full Time” directed by Eric Gravel.

She received the award for the portrayal of Julie, who gets an interview for a job where she can better raise her children only to run into a national transit strike.

Afia Jahin Jaima was awarded as best supporting actress for her role in the Bangladeshi film “Rehana” directed by Abdullah Mohammad Saad.

Arif Shaikh and Asik Shaikh were selected as best actors for their role in “Two Friends” directed by Prasun Chatterjee from India, while Kim Hyun-Bin from Taiwan won the best supporting actor award for his role in “The Silent Forest” by Ko Chen-nien.

Directed by Kavich Neang, the film is about a building that was built in the 1960s as affordable housing for the growing population of Phnom Penh. Since then, the paint has fallen off, and demolition is looming. Young Samnang wants to pursue his dream of becoming a hip-hop dancer while his father is trying to negotiate better compensation for residents willing to leave.

The award for best screenplay went to the Malaysian drama “Hail, Driver!” written by Muzzamer Rahman.

The film follows Aman, a young writer who moves to Kuala Lumpur to follow his dreams. However, he struggles to find a job and, due to his color blindness, is forced to become an illegal e-hailing driver, where he meets the mysterious Bella.

The best cinematographer award was given to Lim Teck Siang for his work in “Whether the Weather Is Fine” co-produced by the Philippines, France, Singapore, Indonesia, Germany and Qatar.