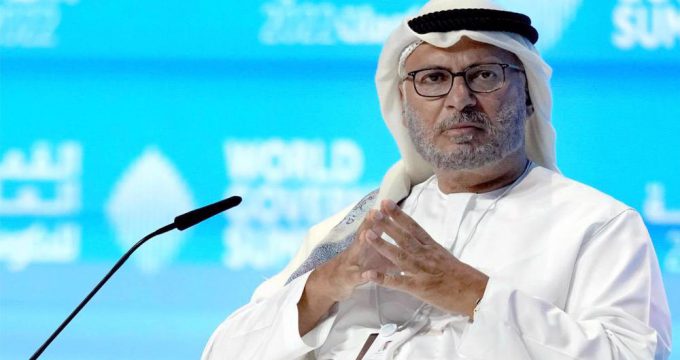 An Emirati official has dismissed the idea of forming a NATO-like military alliance in the region, saying the United Arab Emirates does not intend to form a regional coalition against any country, in particular Iran.

Speaking to reporters on Friday, the UAE president’s diplomatic adviser said a Middle East NATO was merely a “theoretical” concept and that confrontation was not an option for Abu Dhabi.

“We are open to cooperation, but not cooperation targeting any other country in the region and I specifically mention Iran,” Anwar Gargash said. “The UAE is not going to be a party to any group of countries that sees confrontation as a direction.”

He also said that the UAE was in the process of sending an ambassador to the Islamic Republic of Iran.

“Our conversation is ongoing .we are in the process of sending an ambassador to Tehran. All these areas of rebuilding bridges are ongoing,” Gargash maintained.

“We have an open eye. We are very clear if something is defending the UAE and its civilians, of course we are open to these ideas, but not to the idea of creating any axes against this or that country,” he added.

In recent months, Iran and the UAE have intensified their efforts to rebuild relations affected by the years-long war in Yemen and other regional issues.

Last August, Iran’s President Ebrahim Raisi said that the Islamic Republic is determined and open to the expansion of relations with the UAE, stressing that Tehran sees no boundaries to the promotion of such ties, particularly trade and economic ones.

Iranian Foreign Minister Hossein Amir Abdollahian said after a May visit to the UAE that warm relations among neighbors disappoint the enemies.

“A new page was opened in the relations between the Islamic Republic of Iran and the UAE,” the top Iranian diplomat tweeted after meeting Mohammed bin Zayed Al Nahyan, the newly-appointed president of the UAE, in Abu Dhabi on May 16.

“We warmly shake hands with our neighbors. The warmth of the neighbors’ relations disappoints the enemies of the region,” he added.