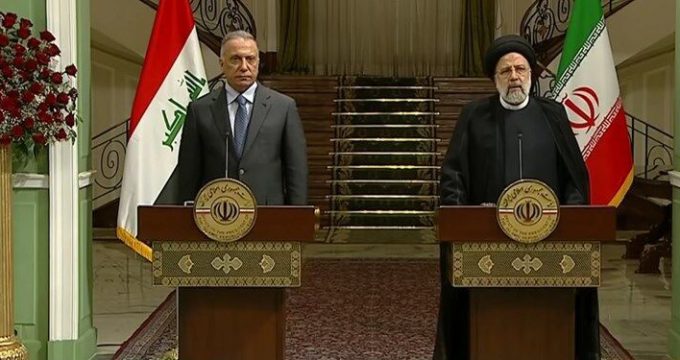 Raisi made the remarks during a joint press conference with visiting Iraqi Prime Minister Mustafa al-Kadhimi after a meeting in the Iranian capital.

Iran’s relations with Iraq are deep-rooted, the president said, adding that such a determination is required for further expansion of relations between the two neighboring countries.

President Raisi said that linking Shalamcheh railway to Basra railway was one of the main agendas of his meeting with al-Kadhimi.

A major part of the problems in the way of Iranian Arbaeen pilgrims over the past few years were due to the outbreak of the coronavirus disease, Raisi said, adding that the situation is much different today both in Iran and Iraq.

Underlining the need for resolving regional issues by regional countries, he said that the presence and intervention of alien counties in regional issues is a source of problem and not problem solving.