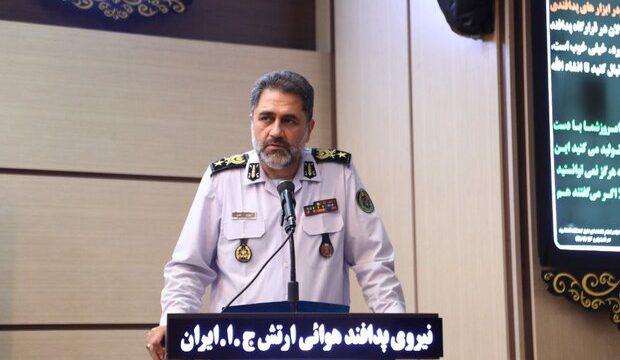 Stating that missiles with a range of 300 km will be unveiled by army air defense, Brigadier General Elhami says that increasing the missile capability of the Army and the IRGC is one of the requirements of deterrence power.

“The only way to counter all sanctions and threats is to become stronger in all matters, especially in the military field,” said Deputy Commander of Iranian Army Air Defense  Brigadier General Alireza Elhami in a meeting with some forces of the Army, the Islamic Revolution Guards Corps (IRGC) and the police of the Islamic Republic of Iran.

“Increasing the missile capability of the army and the IRGC is one of the requirements of deterrence and protection of national interests, which must be further enhanced,” he added.

He pointed out that the missiles with a range of 300 km will be unveiled by the army air defense in the near future, noting that the development of missile capability is a symbol of self-reliance and independency.

Elhami also said that Iranian armed forces are capable of observation, identifying and tracking all aircraft, drones, and fighters within the air borders of the country, especially in the Persian Gulf region, adding that any threats against Iran will be decisively responded to.