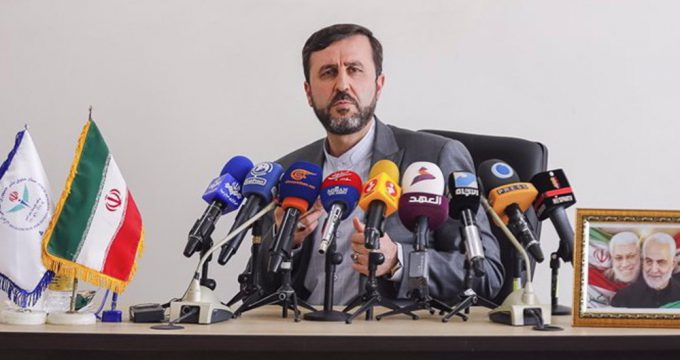 Speaking in a TV program on Firday, Secretary of Iran’s High Council for Human Rights Kazem Gharibabadi said that the United States and Western countries speak of human rights for other countries not themselves, as the standards and values of human rights is never exercised in these countries when it comes to ethnic minorities, Muslims and indigenous people.

Gharibabadi criticized the detainment of Iranian national Hamid Nouri by the Swedish government, saying that he was arrested without charge and was formally accused after six months of detainment, while being kept in solitary confinement with no medical access.

There three Swedish citizens imprisoned in Iran but Iran doesn’t treat prisoners like this, because Iran’s legal system is based on Islamic law which refutes such behavior, the official noted.

He mentioned another Iranian national, named Asadollah Asadi, who was kept in a bunker for a considerable part of the 110 days of detainment in Germany, adding that Germany violates human rights while it always accuses Iran.

Gharibabadi also criticized Sweden for harboring anti-Iranian terrorist groups, saying that Iran has strong proofs that these groups are systematically backed by the Swedish government.

Iran’s policy is to put pressure on the governments supporting terrorist groups and to warn international organizations and European countries on their responsibility about such groups, according to the official.

He expressed regret that some Western countries have double standards regarding such cases as Iran’s complaint against terrorist groups, as they didn’t address the evidences provided by families of victims of the MEK terrorism in a fair way.

On the legal case regarding the assassination of the former IRGS Qods Force Commander General Qasem Soleimani, Gharaibabadi said that the case is pursued in three level: courts in Iran and Iraq, courts in seven other countries in connection with the issues, and international organizations.

Gharibabadi also addressed the issue of international terrorism, saying that the only reason that the fight against terrorism has achieved little success is that the Western countries continue to support terrorist groups like Al-Nusra, Al Qaeda, and the ISIS.

Iran’s Judiciary has opened several cases on international issues, including US sanctions and assassination of Iranian nuclear scientists, where the rights of Iranian citizens have been violated, the official continued, singling out the case of EB patients who were hurt by a lack of medical items due to US sanctions.

In this regard, he said, the US special rapporteur on the negative impact of unilateral coercive measures travelled to Iran and offered a report, saying that unilateral sanctions contrasted international law and the UN charter and have impacted human rights of the Iranian people.