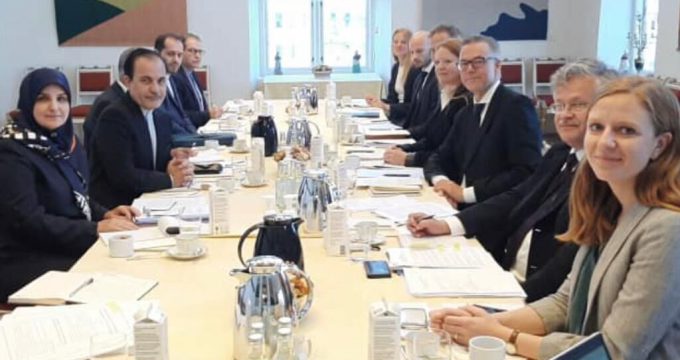 An Iranian delegation met representatives of Denmark’s foreign ministry on Friday to discuss issues regarding Iranians residing in that country.

Consular issues and the situation of Iranian immigrants, refugees, and students as well as solutions to solve the problems Iranian citizens face in Denmark, including visa, residence, and financial transactions, were discussed during the meeting.

The Iranian delegation will also meet with Waardenburg city municipality officials later today to discuss the situation of Iranian child, Dariush Heydari, who has been separated from his family by Danish authorities.

Iran’s efforts to reunite Dariush with his family hasn’t been successful so far.