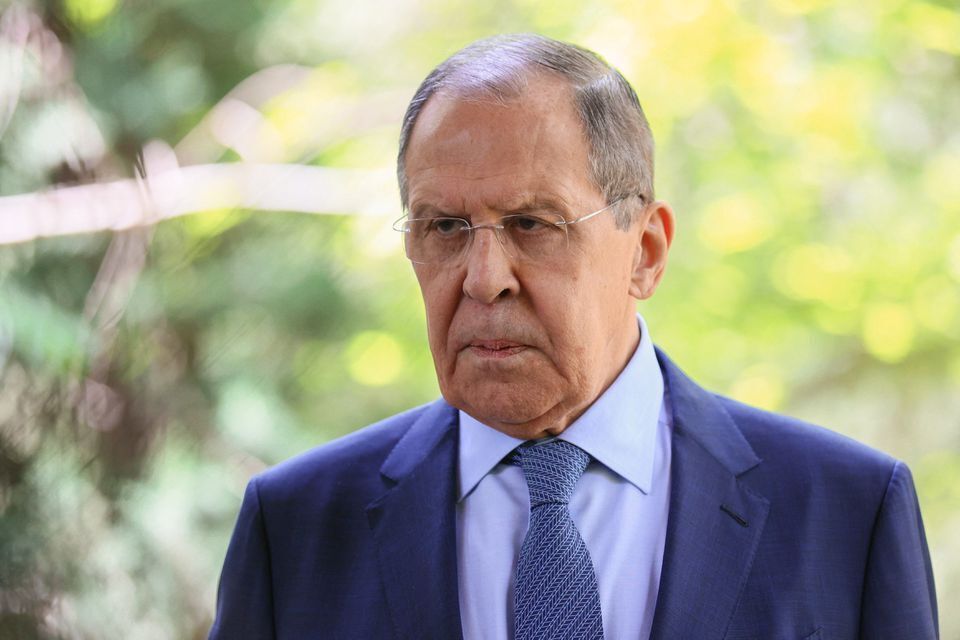 The visit by the Russian foreign minister to Tehran is his first under the new Iranian administration and Lavrov began his two-day itinerary with a call on President Ebrahim Raisi.

The Iranian president visited Moscow in January and said he had presented his counterpart Vladimir Putin with draft documents on strategic cooperation that would cement collaboration between the two sides for the next two decades.

In late May, Russian Deputy Prime Minister Alexander Novak visited Tehran at the head of a large delegation after Russia’s operation in Ukraine sent global oil and gas prices soaring.

Lavrov’s talks are expected to cover the situation in Ukraine, Syria, and Afghanistan, reinforcement of commercial and energy cooperation between Iran and Russia, and existing grounds for expanding cooperation with the Eurasian region and the Caucasus in addition to stalled talks on reviving Iran’s 2015 nuclear deal with the West, Russia and China.

The Russian foreign ministry posted a clip of Lavrov’s opening remarks during his meeting with Raisi, in which he said Moscow was adapting to the West’s aggressive policies.

“In all the countries experiencing the negative influence of the selfish line taken by the United States and its satellites, there arises the objective need to reconfigure their economic relations so they can avoid relying on the whims and vagaries of our Western partners,” Lavrov said.

Tehran and Moscow both have huge oil and gas reserves but are constrained by sanctions that limit their ability to export their output.

Russia was slapped with sanctions following its February operation in neighboring Ukraine, while Iran’s economy has been under draconian sanctions reimposed by the US in 2018, following Washington’s withdrawal from the nuclear accord with Tehran.

Russia played a key role in that deal, taking charge of Iran’s excess enriched uranium stocks beyond those permitted under the agreement.

The negotiations have been stalled since March amid sharp differences between Tehran and Washington on the US sanctions that would be lifted in exchange for Iran’s return to compliance with the agreed limits to its nuclear activities.