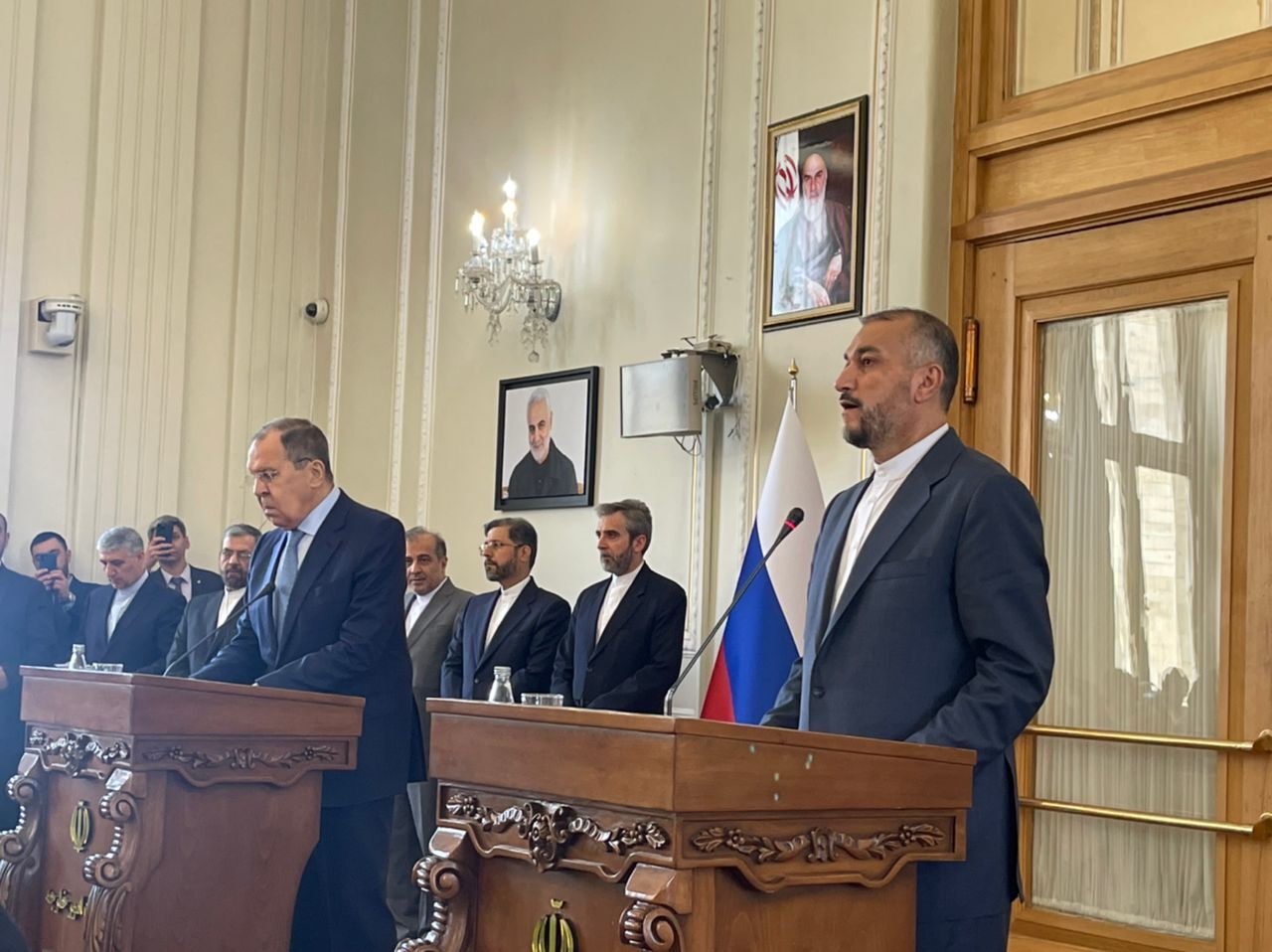 Iranian Foreign Minister Hossein Amirabdollahian said here on Thursday that Iran hopes to reach the final point of the agreement in the near future with the US realism.

Amirabdollahian made the remarks during a joint press conference with his Russian counterpart Sergei Lavrov here on Thursday.

Referring to the good meeting between the two sides, Amirabdollahian said that they had discussed the most important issues of mutual ties, as well as regional and international issues.

Pointing to the comprehensive and long-term cooperation treaty between Iran and Russia, he added that the aforementioned idea had been discussed before the visit of Iranian President Ebrahim Raisi to Moscow.

He also expressed hope that expert meetings would be held soon to finalize the content of the agreement and ratify it in both countries’ governments and parliaments.

Referring to the signing of the document on cultural cooperation and information security, the Iranian top diplomat noted that those documents were approved by the Iranian Government and sent to Majlis (the Parliament) for final approval recently.

Pointing to the mutual cooperation on the Rasht-Astara railway with Russia, he expressed hope that they would finalize the project as soon as possible with a joint investment.

Referring to the trilateral meeting between Iran, Russia, and Turkey in the framework of Astana Talks, he expressed hope for holding the meeting in Tehran soon.

Amirabdollahian stressed the two sides also discussed developments in Afghanistan, Yemen, Syria, and Ukraine, as well as holding summits of countries in the Caspian Sea.

Speaking about the Vienna talks, he underscored that the latest situation of the talks in Vienna to lift sanctions against Iran was among the topics that were discussed in today’s meeting.

He thanked Russia and China for their opposition to the resolution proposed by the US and the three European countries at the International Atomic Energy Agency (IAEA).