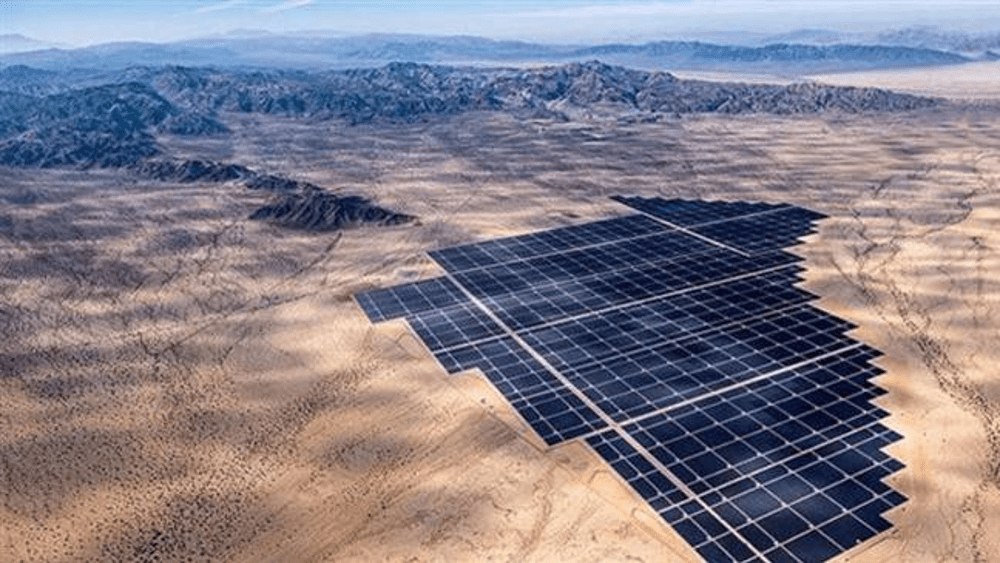 The Renewable Energy and Energy Efficiency Organization (SATBA) of Iran says it has invited bids for the construction of 4,000 megawatts (MW) of solar power plants as part of a drive to increase its use of renewable energy and boost the country’s power grid.

The call for tender launched on June 15 is in line with the ministry of energy’s plan to establish 10,000 megawatts of renewable power capacity in the country.

According to SATBA, 85 companies selected from a pool of 106 applicants were invited to participate in the tender. It followed cooperation agreements signed between governorates and SATBA to decide the sites for setting up renewable power plants in accordance with the needs of each region and province.

As a result, 152 construction sites in 30 provinces were identified and introduced to investors “in the form of 95 baskets” for the construction of power plants at a minimum capacity of 10 MW and a maximum of 250 MW, general manager of SATBA legal affairs office and contracts Ahmadreza Tavakkoli said.

“This is a good opportunity for investors to build solar power plants,” he said.

In the tender, electricity purchase contracts are for 20 years and the return on investment for the construction of renewable power plants is six years, which can be reduced to four years, he added.

The renewable energy sector is booming in Iran. Despite being an energy superpower, the economy’s high reliance on oil has negatively affected Iran’s economic security and environmental sustainability. Coupled with facing the threat of climate change, Iranian policymakers have been compelled to prioritize environmental policy and utilize foreign investment and oil revenue to boost the country’s renewable energy sector.

Iran currently is producing less than one percent of its energy from renewable sources, where there are 900 MW of power plants. The renewable energy sector comprises of mainly wind (310 MW) and solar (390 MW), with the rest related to hydropower and biomass.

The administration of President Ebrahim Raeisi has put a plan to build 10,000 megawatts of renewable power plants on its agenda.

According to deputy energy minister and SATBA head Mahmoud Kamani, guaranteed electricity purchases are impossible due to lack of resources, prompting the government to seriously pursue the involvement of independent power producers.

As a result, the administration has announced a call for bids by domestic and foreign investors for the construction of 10,000 MW of new power plants and so far, SABTA has registered applications for 32,000 megawatts, which it anticipates to reach 50,000 megawatts.

“One of the incentives for investors is electricity exports, so we are now drafting regulations so that producers can export part of their production capacity. This will help both the domestic demand and the investor,” Kamani said.

Under the ministry of energy’s plans, 500 MW has to be added to the power capacity by the end of summer, most of it in solar. Meanwhile, the construction of a 5 MW geothermal power plant in Meshginshahr in northwest Iran is on the agenda, which is expected to come online in early 2023.

In December, a news outlet dedicated to Iran’s electric power industry said a UAE company specializing in renewable energy had signed an initial agreement to install 300 MW of power capacity in Khuzestan province in southwest Iran.

The agreement calls for construction of gas-fired thermal, solar and wind power plants in the hydrocarbon-rich province, it said then.

Iran is a signatory of the 2015 Paris climate agreement committing 195 nations to limit their carbon emissions.

Before former US president Donald Trump reimposed sanctions on Iran in May 2018, the Islamic Republic expected its installed renewable capacity to grow at least sevenfold over the next five years.

Saga scrapped a $2.9 billion deal to install 2,380 megawatts (MW) in renewable capacity in the oil-producing country. Quercus had signed a deal to help build the world’s sixth-largest solar farm in central Iran, investing over half a billion euros. GRI planned to build up solar and wind farms that could produce up to 1,700 MW of electricity.

Increase in renewable capacity can allow Iran to free up a significant amount of natural gas burnt in thermal power plants and feed it to export pipelines.

Last July, the country was hit by a series of power outages, which critics blamed much of it on the former government’s underperformance in establishing new power plants to keep up with runaway demand.

Heavy industries such as steel and cement bore much of the brunt after being told to cut power consumption to 10 percent of their normal operation.

It prompted the ministry of mining, trade and industry and the industrial sector to put an official request with the Ministry of Energy for investment in thermal power plants.

According to an energy official, Iran has to build 5,000 megawatts of coal-fired power capacity in the coming years due to limitations of gas supplies to power plants in cold seasons and the need to diversify the fuel basket of thermal power generation units.