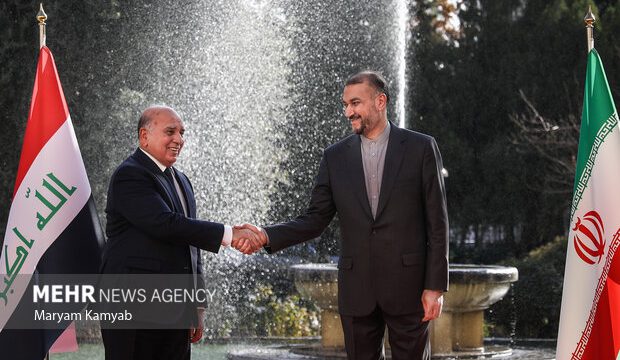 Iranian Foreign Minister expressed Iran’s satisfaction with Baghdad-mediated talks between Tehran and Saudi Arabia, saying that Iran’s assessment of the recent round of talks is positive.

Amir Abdollahian touched upon the talks on lifting anti-Iran sanctions, saying, “While exchanging messages between the United States and Iran through the EU envoy was underway, the White House suddenly came up with the idea of ​​issuing a resolution at the IAEA.”

According to him, the Americans drafted the resolution at the IAEA BoG to gain political goals at the negotiating table.

Tehran has always called on the West to pursue diplomacy, the Iranian top diplomat said, adding that in recent days leading to the meeting of the IAEA BoG, Iran, as an initiative measure, proposed a political plan to continue the talks until reaching a final agreement.

In response to the unconstructive move of the United States, Iran adopted a reciprocal measure and increased its peaceful nuclear activity within the framework of the law of the country’s parliament.

“Iran believes that diplomacy is the best way to reach a good, strong, and lasting agreement, but in the face of bullying, we will give an authoritative response,” he asserted.

Elsewhere in his remarks, he spoke about Baghdad-mediated talks between Tehran and Saudi Arabia, saying, “Our assessment of the recent round of talks in Baghdad is positive, and Tehran welcomes the implementation of the results of the talks.”

“Iraq has always encouraged the United States and the West to resolve the problems and lift sanctions,” the Iraqi top diplomat also said for his part.

Expressing satisfaction with the ongoing talks between the Islamic Republic of Iran and Saudi Arabia, he stressed the will of the Iraqi government is to continue to facilitate this issue until direct talks are held between the two countries’ foreign ministers and relations return to normal.”