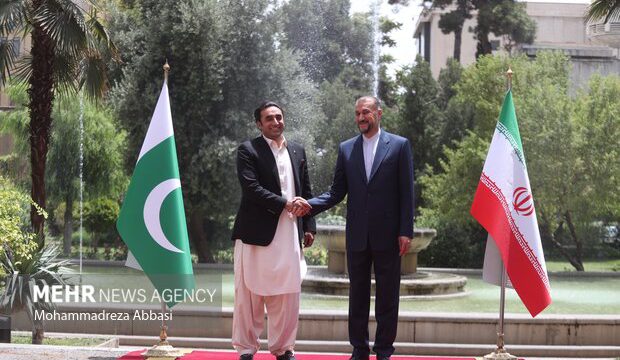 Bilawal Bhutto Zardari, who arrived in the Iranian capital of Tehran on Tuesday morning, held talks with Amir Abdollahian.

This is the first visit of Bhutto Zardari to Tehran since he was appointed as the Pakistan foreign minister.

Upon his arrival, the Pakistani Foreign Minister was welcomed by the Director-General of the Iranian Foreign Ministry’s South Asia Department Rasoul Mousavi.

He is set to meet with the officials of the Islamic Republic of Iran.

Prior to this meeting, Amir Abdollahian also held talks with his Turkmen counterpart Raşit Meredow on Tuesday.