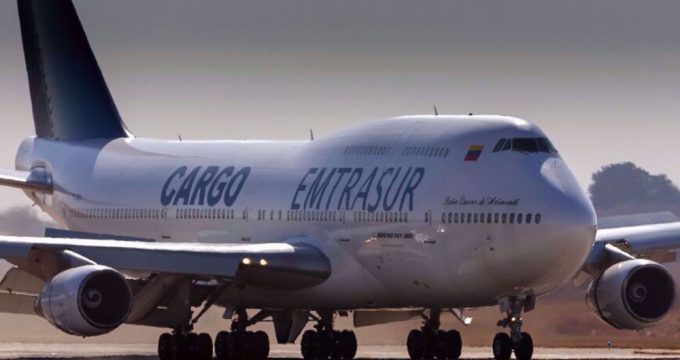 On Monday, an Argentinian judge ordered the crew’s documents held for an additional 72 hours after Security Minister Anibal Fernandez said information had been received from “foreign organizations” that some among the crew may be linked to companies with ties to the IRGC.

Fernandez, however, did not disclose which organizations he received the information from as he talked to the Spanish-language Perfil radio station.

A routine check found “things that were not logical,” he asserted.

“They had declared a crew that was smaller than the one that traveled,” Fernandez said, adding the matter was “still under investigation.”

The Argentine security minister noted that the five Iranians were in a hotel.

Officials initially said the passports of the Iranian crew had been taken but would be returned if they left Argentina on a scheduled flight while investigations continued into the aircraft’s origins.

The crew also included 14 Venezuelans, who were free to go.

It then tried to travel to neighboring Uruguay, but was denied entry and returned to Ezeiza outside Buenos Aires.

The administration of former US president Donald Trump designated the IRGC as a foreign terrorist organization on April 8, 2019, in an illegal action denounced by the Islamic Republic.

Spokesman for the Iranian Foreign Ministry Saeed Khatibzadeh said on Monday that Argentina’s move was part of a “psychological war” against Tehran.

He told reporters that the grounding of the plane was part of efforts seeking to “cause a feeling of insecurity.”

The plane was sold by Iran’s Mahan Air to a Venezuelan company last year, Khatibzadeh said.

“These recent weeks have been filled with propaganda, psychological operations, as well as wars of words that intend to infiltrate the minds and composure of the people,” the Iranian diplomat noted.