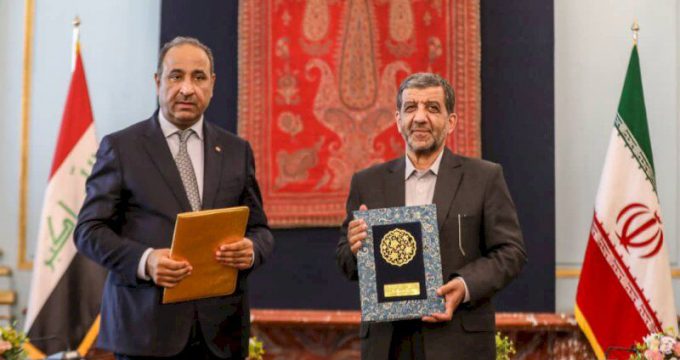 Zarghami met and held talks with Nazem on Monday in Tehran, Iran.

Describing the MoU between Iran and Iraq as facilitating cultural and tourism ties between the two states, Zarghami said that Iran and Iraq relations are deep-rooted and the two nations look forward to removing barriers and facilitating better relations.

Referring to the pivotal role of cultural heritage and tourism among the nations, he noted that it has a high capacity for convergence and unity between the two nations, and added that it can strengthen other areas, including political and economic diplomacy.

Describing pilgrimage tourism as the most significant area of cooperation between the two sides, Zarghami highlighted that Arbaeen is the largest human community and a unique phenomenon in the world that the two sides should cooperate on it.

Pointing to the significance of his trip to Iran, Nazem said that Iraq has planned to operationalize joint projects with Iran following the ease in the COVID-19 restrictions.

According to the signed MoU, the two sides are ready to provide visa facilities for tourists of both countries, as well as the exchange of laws, guidelines, and banking facilities in the field of tourism investment in infrastructure projects, including hotel building.