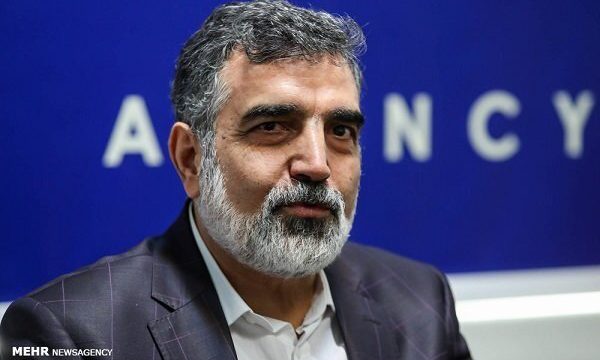 The spokesperson for Iran’s nuclear agency says Tehran is mulling over “additional measures” after turning off the International Atomic Energy Agency’s (IAEA) surveillance cameras that functioned beyond the safeguards agreement, amid rising tensions over IAEA’s political agendas.

In a televised interview on Wednesday, Behrouz Kamalvandi said Iran has decided to stop its voluntary cooperation with the UN nuclear agency, which was outside the purview of the Nuclear Nonproliferation Treaty (NPT) safeguards agreement and offered as a goodwill gesture, while stressing that Iran’s commitments under the agreement will continue.

“Unfortunately, the IAEA’s behavior was not a proper response to such cooperation (between the two sides)… We accordingly chose to cease part of our cooperation that was outside the safeguards agreement… including the operation of the IAEA’s surveillance cameras for the On-Line Enrichment Monitor (OLEM) as well as the flow meter,” Kamalvandi stressed.

As a goodwill gesture, Iran voluntarily chose to have extensive cooperation with the UN nuclear agency, beyond the safeguards agreement.

In his remarks on Wednesday, Kamalvandi noted that the collected data was not supposed to be shared unless Iran’s conditions were accepted, emphasizing that the latest measure was in line with the Strategic Action Plan to Counter Sanctions.

The law was passed by the Iranian parliament in December 2020, following the assassination of top nuclear scientist Mohsen Fakhrizadeh, prompting the government to restrict the IAEA’s inspections and accelerate the development of the country’s nuclear program beyond the limits set under the Joint Comprehensive Plan of Action (JCPOA).

“We plan other steps. We expect them to come to their senses, and reciprocate Iran’s cooperation. It is not acceptable for Iran to continue cooperation, whilst the other side does not show proper behavior,” he said.

The senior Iranian nuclear official highlighted that 80 percent of the IAEA’s surveillance cameras are functioning under the safeguards agreement, stressing that Tehran is committed to the treaty and will continue its nuclear activities.

‘Iran has no hidden or undocumented nuclear activities’

In related remarks on Wednesday, Mohammad Eslami, the head of Iran’s atomic agency, said Tehran has declared all its nuclear sites that hosted past nuclear activities, dismissing the Western rhetoric about undeclared nuclear sites in the country.

“These fake documents seek to maintain maximum pressure,” Eslami said, referring to the campaign launched by former US President Donald Trump against Iran, which included the re-imposition of crippling economic sanctions after Washington unilaterally withdrew from the 2015 Iran nuclear deal.

“This recent move by the three European countries and the United States to present a draft resolution against Iran is a political one,” Eslami said, emphasizing that Iran has had “maximum cooperation with the IAEA.”

On Tuesday, the US and the three European signatories to the JCPOA – Britain, France, and Germany – submitted a draft resolution to the IAEA’s Board of Governors, accusing Iran of failing to offer transparent responses to the UN agency’s questions over nuclear activities at three sites.

The draft resolution will be debated and put to vote during this week’s quarterly meeting of the IAEA board of governors.

Iranian officials have warned the IAEA against succumbing to political pressure, saying Tehran has fully cooperated with the agency in resolving outstanding issues.

Foreign ministry spokesman Saeed Khatibzadeh said on Monday that Iran would respond based on what happens at the board meeting.

Khatibzadeh said the IAEA’s reports, which stemmed from information in two quarterly reports on Iran’s nuclear activities, were “hasty” and “not accurate” and “overlook all the measures and responses that the country has provided with precision and in a technical way.”

Talks between Iran and the world powers in Vienna to salvage the 2015 nuclear deal have been stalled amid Washington’s refusal to respond to Iran’s proposals.