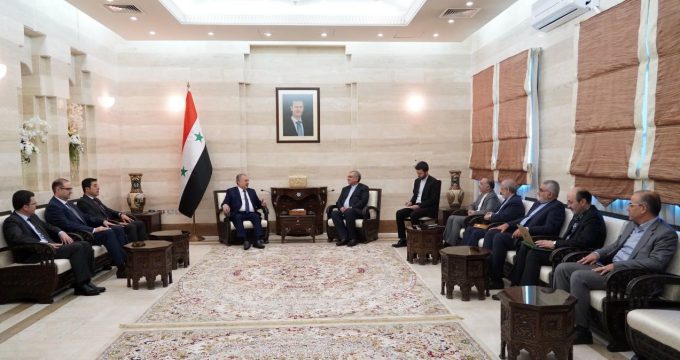 Iranian Minister of Health and Medical Education Bahram Einollahi and Syrian Prime Minister Hussein Arnous in a meeting on Monday called for enhancing cooperation in the fields of pharmaceuticals, medical equipment, and scientific research.

According to the Syrian Arab News Agency (SANA), Einollahi met and held talks with Arnous on Monday.

During the meeting, the two sides discussed boosting cooperation in the areas of the pharmaceutical industry, medical equipment, and products, scientific research, health tourism, exchange of students and professors at universities as well as research centers, holding joint conferences plus opening new chapters in mutual ties, especially in confronting sanctions and economic blockade.

Arnous, for his part, said that the Syrian government supports any measures to improve the health conditions of the two states, including establishing joint pharmaceutical companies to meet the needs of the two countries and removing obstacles.