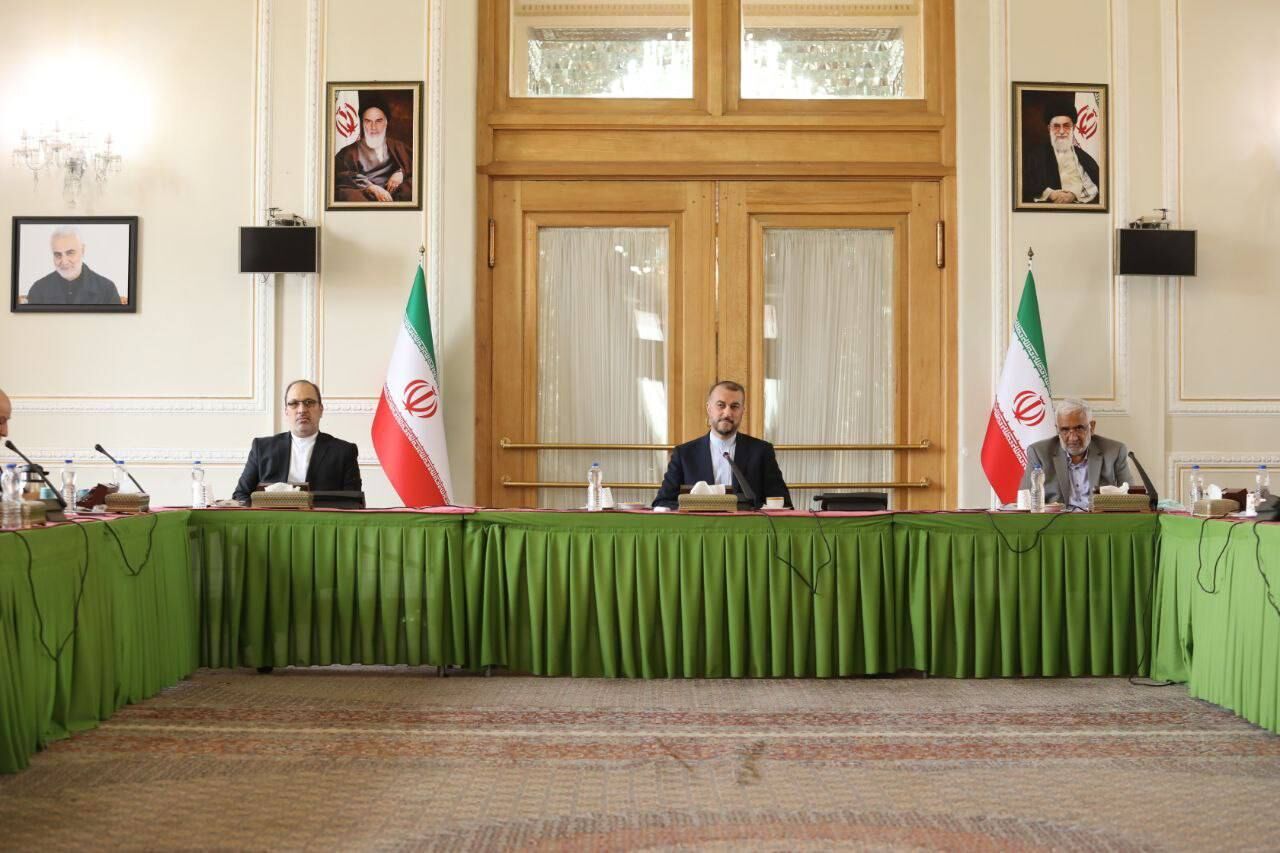 Amirabdollahian met and held talks with a group of political leaders and officials from Palestinian and Lebanese groups attending the 33rd anniversary of Imam Khomeini’s demise in Tehran.

Pointing to Imam Khomeini’s thoughts on the Palestinian issue and Quds as a special plus strategic position, Amirabdollahian said that Imam Khomeini considered Palestine as the first priority of the Islamic world.

Referring to Iran’s comprehensive support for the Palestinian Resistance, Amirabdollahian highlighted that the Islamic Republic of Iran will not step back from its principled stance despite all the pressures.

Describing the attempts of some Islamic countries in establishing and normalizing relations with the Zionist regime as a betrayal of the Palestinian cause, Amirabdollahian underscored that they will regret their attempts.

He described the fundamental solution to the Palestinian issue as the returning of displaced Palestinians and holding a referendum among the original inhabitants of the land.

In this meeting, the leaders and representatives of the political movements and the Palestinian and Lebanese Resistance groups presented a report on the latest political developments in Palestine and Lebanon.

They appreciated the support of the Islamic Republic of Iran to the Palestinian and Lebanese Resistance.