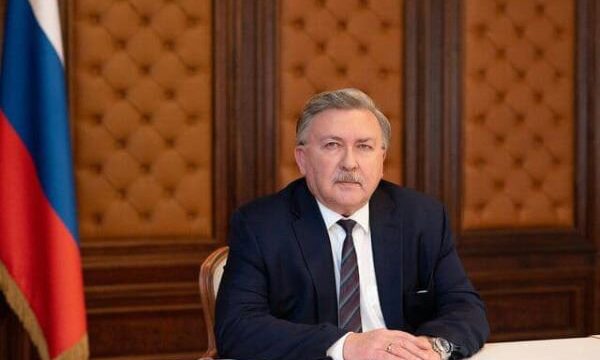 Russia’s Permanent Representative to the Vienna-based International Organizations said that the Western draft resolution on Iran is senseless and will have no positive effect on IAEA-Tehran relations.

“Indeed, the Western draft resolution on Iran is senseless because it by definition will have no positive effect on relations between the IAEA and Tehran,” Mikhail Ulyanov wrote in a tweet in reaction to the phone call held between the Iranian and Russian foreign ministers during which the Russian top diplomat reaffirmed his country’s definite opposition to the resolution drafted by the US and the European troika at the IAEA’s board.

“If Western states want to send a signal about the need for closer interaction (which Russia supports), it can be done orally,” Ulyanov added.

In another tweet, Ulyanov announced that the Iranian issue will be discussed by the IAEA Board of Governors most likely on Wednesday.

“If next week the #IAEA BoG adopts the Western resolution on Iran, the prospects of successful completion of the Vienna Talks and restoration of JCPOA will become more elusive. If EU wants to reach an agreement, it should (instead of a res.) undertake extra diplomatic efforts,” he cited in a separate tweet.