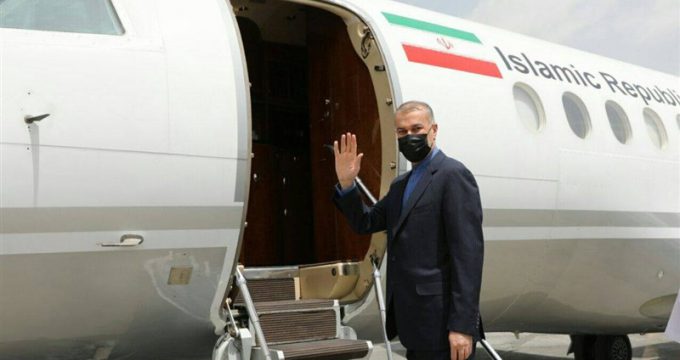 Foreign Minister of Iran Hossein Amirabdollahian will pay a visit to Turkiye on Monday, June 6.

The upcoming trip will mark the top Iranian diplomat’s first visit to neighboring Turkiye after taking office in August 2021.

Istanbul is also going to host a trilateral meeting of the foreign ministers of Turkiye, Turkmenistan and the Republic of Azerbaijan on Monday.

Moreover, senior diplomats from Germany, the Netherlands, North Macedonia, and Russia are going to visit Turkiye in the coming days.

In a meeting in Tehran in November 2021, Foreign Minister Amirabdollahian and his Turkish counterpart Mevlut Cavusoglu agreed on the launch of negotiations on a roadmap to cooperation between the two neighbors.

The Iranian top diplomat said they had agreed on expert talks about long-term agreements between the two states, expressing hope that the roadmap would be signed by the presidents during a visit to Tehran by Turkish President Recep Tayyip Erdogan.