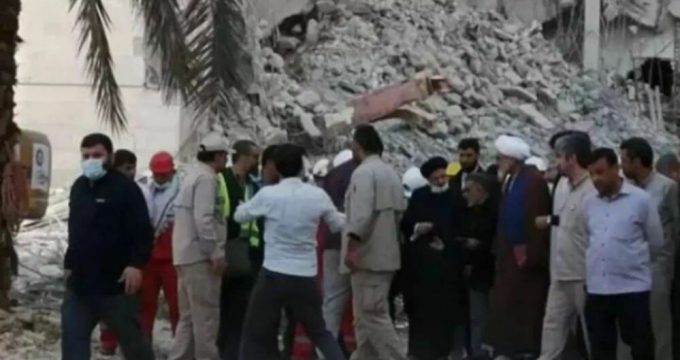 The president has travelled to Abadan in an unannounced visit to monitor debris removal from the collapse point.

President Raisi held talks with a few businessmen in Amirkabir street, where the incident happened, and some people residing in Abadan informed the chief executive of their problems.

Despite the fact that there are several clinics, pharmacies and laboratories in Amirkabir (Amiri) street near Metropol Tower, the street is still closed, because relief operation and removal of debris are going on yet.

Parts of twin Metropol Tower collapsed at 12:40 local time on May 23.

Some 37 corpses have been pulled out of the debris of the two so far. 11 days after occurrence of the incident the relief operation continues and many workers are working days and nights to remove debris of the tower.