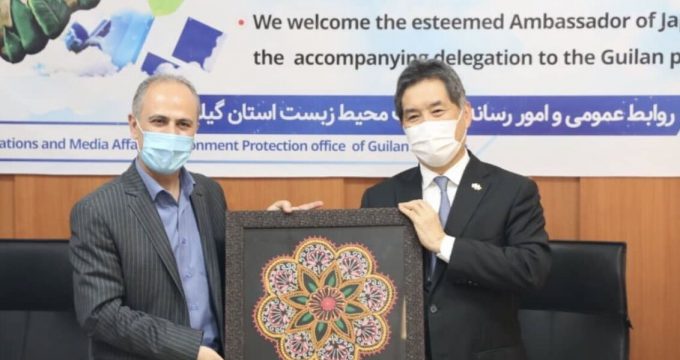 Kazutoshi made the remarks in a meeting with head of environment protection office of Gilan Province Reza Zamani.

He emphasized cultivating the culture and training people for managing waste.

He said his visit to Gilan was aimed at reviewing the results of 17-year activities of Japan International Cooperation Agency (JICA) in Anzali Lagoon.

He also criticized some of JICA’s unfinished projects in Anzali Lagoon.

He referred to domestic waste, sediment and waste as three main causes of Anzali Lagoon destruction.

Anzali Lagoon is one of the most beautiful natural attractions of the northern Iranian province of Gilan. The lagoon, which is actually a wetland, divides the city of Bandar-e-Anzali into two parts and is considered to be one of the best locations for bird watching. That is to say, until 2012, around 187 bird species have been observed and recorded here.

It is also home to more than 80,000 wintering birds such as ducks, geese, swans, and coots. This astonishing wetland is surrounded by paddy fields and fish ponds and about two-thirds of the whole lagoon is covered by reeds.

In addition, the lotus and yellow flag iris flowers have created a very picturesque view and have turned this wetland to a great destination for nature lovers and photographers.