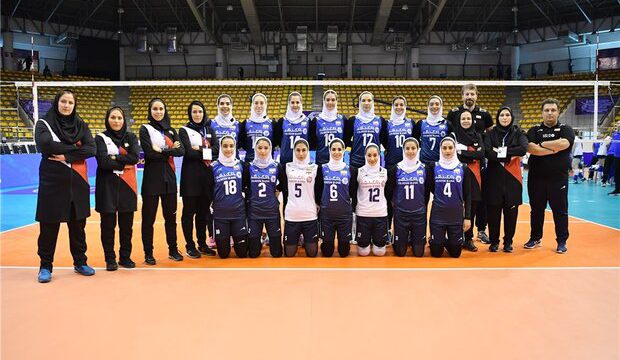 Iranian volleyball federation said on Tuesday a previously planned training camp for the county’s women’s volleyball team in Vancouver, Canada has been called off.

At the request of the Canadian Volleyball Federation, the Iranian women’s national volleyball team was scheduled to travel to Vancouver, Canada in later this month or next month to play two friendly and preparatory matches against Mexico and Canada as part of preparation for the 2022 Asian Women’s Volleyball Cup in the Philippines.

However, it was announced on Tuesday that the officials of the Iranian volleyball federation and the managers the Iranian national women’s volleyball team after reviewing the preparatory program of the women’s national team for a good participation in Asian Women’s Volleyball Cup and Islamic countries, and given that the trip to Canada would have required travelling to a third country to obtain Canadian visas and the long process of obtaining Canadian visas, as well as the recent politically motivated decisions by the Canadian sports officials, they decided not to hold the camp in Canada.

Iran is in Group A along with the Philippines, South Korea, Vietnam and China in Asian Women’s Volleyball Cup

The reason for the decision could be the recent Canada Soccer’s decision to cancel the friendly match against Iran national men’s football team in Vancouver slated for June 5.