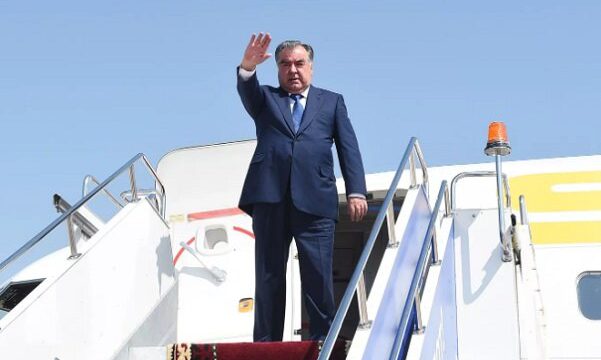 Upon his arrival at Mehrabad Airport in Tehran, the President of Tajikistan was welcomed by Iranian Minister of Energy Ali Akbar Mehrabian.

During his visit, the Tajik President will meet the Iranian President.

The visit will come after the Iranian President traveled to Dushanbe at the invitation of his Tajik counterpart to attend the summit of the Shanghai Cooperation Organization (SCO), during which 8 cooperation documents between Iran and Tajikistan were signed by the officials of the two countries. Also on that trip, after 15 years, Iran’s application for full membership in the SCO was finally accepted.