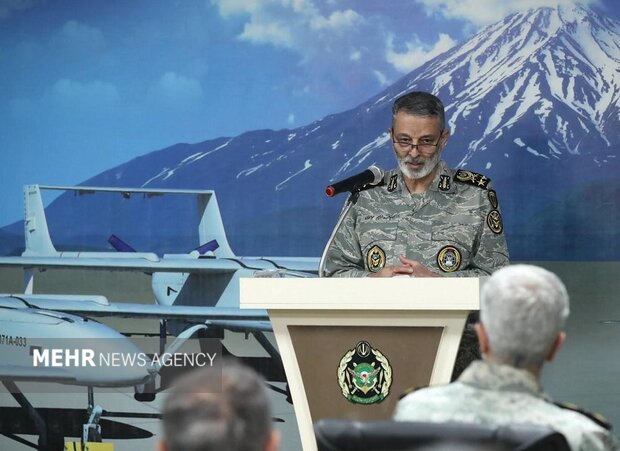 Speaking after his visit to an army-owned UAV secret base, Major General Mousavi said that Iran is developing its military capabilities with the aim of defending the country against any possible threats.

Stating that the armed forces of Iran have made significant progress in improving the country’s combat capabilities, especially in drone capabilities, Mousavi added, “Our greatest achievement is that we are not dependent on any country and we provide everything we need to defend the country and carry out missions.”

Developing the capabilities of existing drones and equipping them with various missiles and bombs of different ranges are on the agenda of Iran’s army, according to the commander.

The Islamic Republic of Iran Army unveiled two new drone achievements during the visit of the Chief of Staff of the Iranian Armed Forces Major General Mohammad Bagheri to an army-owned UAV secret base.