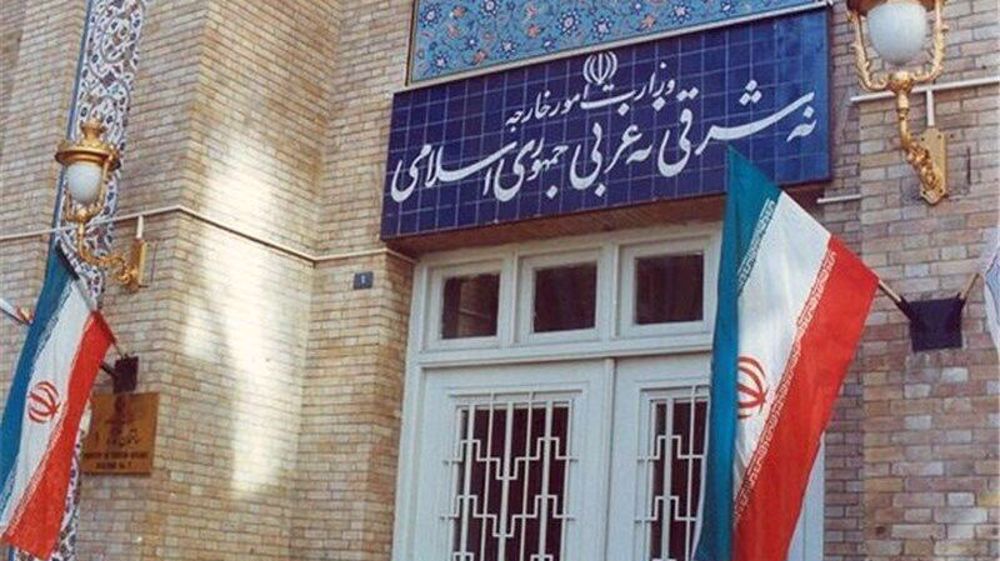 Swiss charge d’affaires, whose country serves as US Interest Section in Iran, was summoned to Iranian Ministry of Foreign Affairs to convey strong protest of Iran to US government over the seizure of Iranian vessel in Greece.

The diplomatic efforts of the Iranian Ministry of Foreign Affairs to lift seizure of the ship and its cargo in the coastal waters of Greece carried out under the pressure and intervention of the US government still is underway.

The Charge d’Affaires of Swiss Embassy in Tehran, in absence of ambassador of the country, was summoned by the Director-General of Iranian Foreign Ministry for American Affairs and expressed strong concern and protest of the Islamic Republic of Iran towards the continued violation of international maritime laws and conventions by the US government especially principle of freedom of shipping and international free trade.

Accordingly, strong protest of Iranian government was announced to the charge d’affaires of Swiss Embassy to Iran, calling for the immediate lifting of seizure of the ship and its cargo in Greece.

In this regard, Swiss charge d’affaires announced that he would convey the message of Iran over ship seizure as soon as possible.