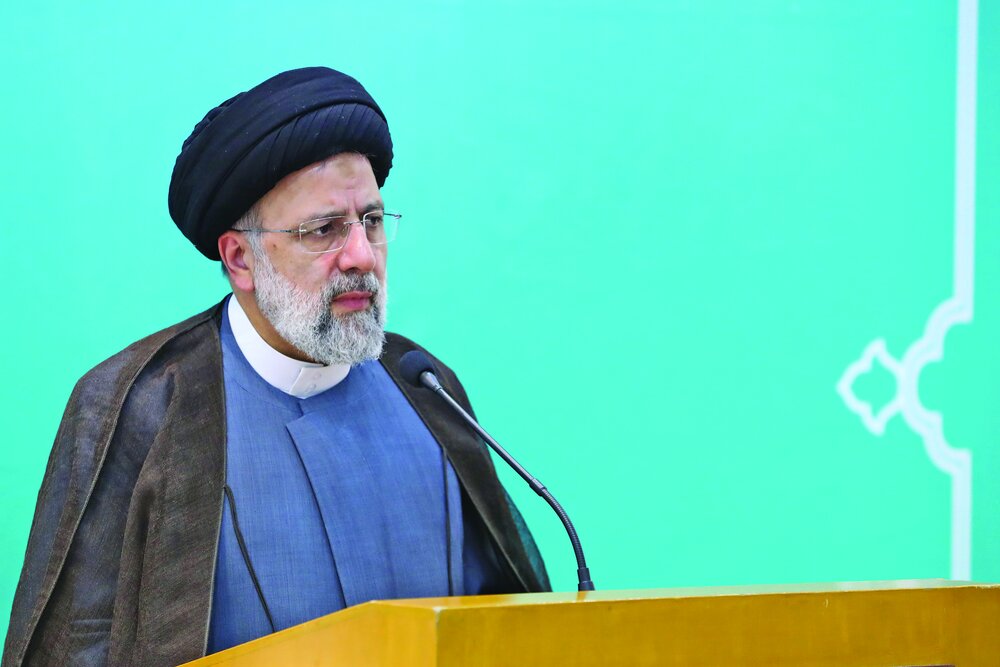 Insisting on maintaining cultural connection with the motherland, the president added, “The identity and culture of Iranians are linked to their religious culture.”

Stating that Iranians abroad, including those living in Oman, have always followed Iran’s domestic issues with sensitivity, Raisi said the ground for safe investment with guaranteed profit in Iran is provided and that Iranians living overseas are best fitted for investment.

The president stated that in the meeting with Omani economic actors, he felt that they had a high motivation to work with Iranians, adding, “Today, Iranian products can fully compete with world-famous brands in terms of standards.”

Noting that it is necessary to facilitate economic relations with Iran both for Iranians living in Oman as well as Omani economic actors, he said it was decided to establish an Iranian Chamber of Commerce in Oman as soon as possible.

“The establishment of this center will help to recognize the mutual capacities of Iran and Oman,” the president reiterated.

He also called on Iranians in Oman to help establish Iran’s Chamber of Commerce in Oman as soon as possible.

The president added another important problem facing the Iranian community in Oman is lack of Persian-language school.

“Establishing an Iranian school here and educating our children about Iranian culture and education is important given the population of 10,000 Iranians,” Raisi underscored.

He also reiterated that the government strongly supports the establishment of knowledge-based units, adding, “We also welcome and support cooperation in the field of Islamic banking.”

The president called health tourism one of the important capacities for the development of cooperation between Iran and Oman and said that in the meeting with the Sultan of Oman, the two leaders discussed health tourism, which was welcomed by Haitham bin Tariq.

According to Raisi, Omani officials believed that what is being done in Iran today in the field of health is at an acceptable level and on par with European and Western countries.

Emphasizing the need to speed up the completion of Iran’s semi-constructed hospital in Oman, Raisi said, “This hospital can facilitate cooperation between the two countries in the field of health tourism.”
He also reiterated the need for the Council of Iranians abroad to become more active.

Raisi added, “All issues of Iranians abroad, from personal status, marriage and divorce issues, education and work issues, etc., should be pursued through this council.”

The president then stated that most of the Iranian people abroad care about Iran.

“Customs problems for trade relations must be resolved ASAP”

Also, speaking in a meeting with Omani entrepreneurs and economic actors, Raisi stressed that there is a serious will between Tehran and Muscat to expand interactions, especially with the focus on economic and trade relations, saying, “We are determined to expand fields of relations between the two countries to all areas of interest.”

Raisi stated, “The first step is to establish an active Iranian business center in Oman. One of the functions of the business center is to identify the capacities of the two countries, especially in Iran.”

Referring to his meeting with the Sultan of Oman, the president said that resolving the problem of transportation and monetary and bank payments was discussed in this meeting and it was decided to resolve these issues.

Describing the joint investments between the two countries necessary, Raisi said, “One of the investments can be in the field of energy.”