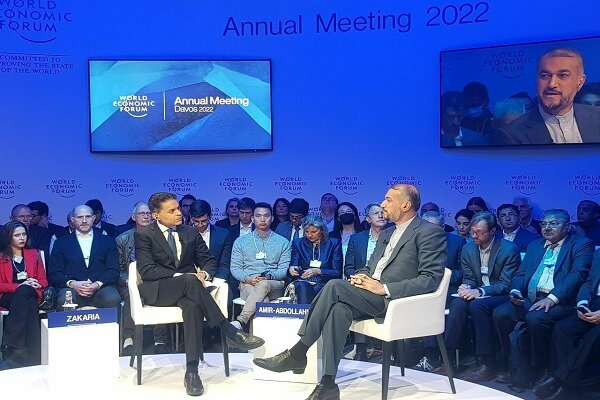 Iranian Foreign Minister Hossein Amir-Abdollahian has said that Iran recently put forward an initiative in the Vienna talks but it has not received guarantees on economic benefits in the talks.

Hossein Amir-Abdollaian made the comments at World Economic Forum underway in Davos, Switzerland when he was speaking to CNN Fareed Zakaria on Thursday.

The Iranian foreign minister noted that like the US Secretary of State and the US special envoy for Iran Robert Malley, he faces a lot of pressure from the Iranian parliament who oppose a return to full compliance with the Iran nuclear deal or the JCPOA.

He expressed hope that the American side will act realistically and remove the anti-Iran sanctions, adding that “We must be able to enjoy the economic benefits of the return of all parties to the JCPOA.”

He ruled out the need for direct talks with Washington, saying that the Biden administration needs to take action to remove the sanctions first and show a different approach than that of his predecessor Trump.

“Americans know the facts and what to do. We have left the door for diplomacy wide open to reach a good and lasting agreement, and we are serious and determined, and the initiatives of the Iranian side have always helped to open the space for dialogue and negotiation.”