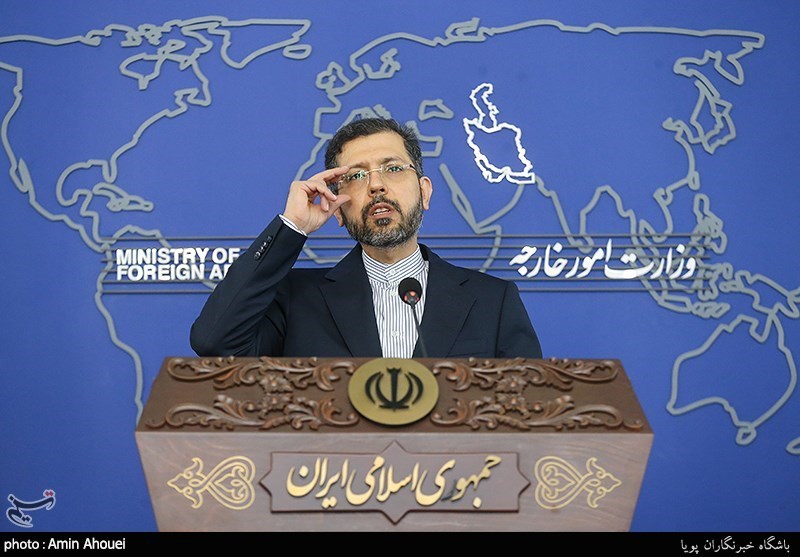 Iranian Foreign Ministry spokesman Saeed Khatibzadeh said that the global indifference towards repetitive aggression by the Zionist regime against Syria has emboldened the leaders of the regime.

Answering a question about the recent Zionist regime’s attack on Syria, Saeed Khatibzadeh told reporters on Tuesday that overt and covert backing by the United States has had a significant role in emboldening the Zionist regime in a way that it has not only continued occupation of Golan Heights but also has repeatedly targeted Syrian infrastructure.

The recent missile attack on a settlement near Lady Zaynab Shrine in Syria targeted a public parking lot and led to damages and injuries, Khatibzadeh added.

The global indifference towards repetitive aggression by the Zionist regime against Syria has emboldened the leaders of the regime, he noted.

Regarding the political comments made by Canadian Government officials on the preparatory football match between the national football teams of Iran and Canada, he said that the match has been independently organized by the football federations of the two countries and the Canadian side has announced that it is determined to host the match.

He criticized the Canadian prime minister and government for prioritizing mere political and partial viewpoints over broader governmental dimensions.

Asked about the dust haze striking Iran and surrounding countries, he said that the Foreign Ministry has been trying to persuade neighboring countries to expand regional partnerships and implement a regional arrangement to fight the environmental phenomenon.

He said that the Ministry has also worked with international organizations, including UNEP and the Organization of Islamic Cooperation, to specifically address the dust issue.

In reaction to the provisions of the peace agreement between the Republic of Azerbaijan and Armenia, Khatibzadeh said that Iran supports the settlement of the dispute in accordance with recognized principles of international law, including respect for territorial integrity, sovereignty and the rights of all residents of the region.