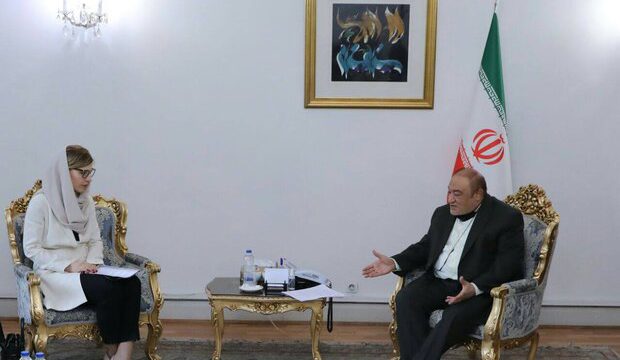 Iran ready to cooperate with Bulgaria in energy field

In a meeting with the Bulgarian official, Iran’s Deputy Foreign Minister for Economic Diplomacy said that Iran is ready to cooperate with Bulgaria in the energy field.

During the meeting held with Deputy Minister of Foreign Affairs of Bulgaria Velislava Petrova on Sunday, Mahdi Safari expressed satisfaction with the increase in trade between the two countries last year, calling transit and transportation one of the important advantages of relations between the two countries, which can lead to expanding bilateral and regional trade cooperation.

Given the concerns of Europe in the two areas of energy and food security, Petrova announced her country’s readiness to expand bilateral cooperation with Iran in these two areas.

Velislava Petrova, who is in Tehran to attend the third round of Iran-Bulgaria political consultations also met and held talks with the Iranian Foreign Minister Hossein Amir-Abdollahian on Sunday afternoon.

Iran-Bulgaria energy cooperations, Iran-Bulgaria relations May 23, 2022
Why it is important to have a health and safety management system?
Raisi vows taking revenge for blood of Martyr Khodaei