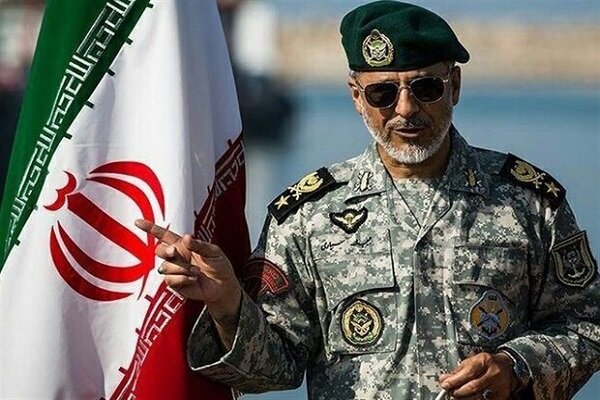 Islamic Revolution has reached such a high level of validity and maturity that will certainly respond to the slightest threat against Iran at the highest level possible, said a senior Iranian commander.

Deputy Chief of the Iranian Army for Coordination Affairs Rear Admiral Habibollah Sayyari made the comments in a commemoration ceremony held in the city of Saveh in Markazi Province.

He considered the preservation of territorial integrity, the flourishing of the Islamic Republic of Iran’s role and influence on the international stage, strengthening national security, the deterrent power and full readiness of the armed forces as the fruitful achievements of the Islamic Revolution.

Sayyari pointed to the presence of the Iranian navy in international waters, saying، “Since 2008 almost 5000 oil tankers and commercial ships have been escorted and safely sailed by the Iranian navy. Navy has confronted pirates to secure the safe passage of the ships.”

”Islamic revolution has reached a high level of validity and maturity, and today we will certainly respond to the slightest threat against Iran at the highest level,” he added.

Sayyari said that a few recent moves of pirates were thwarted by the Iranian navy, adding, ”Nowadays high capability of military forces symbolizes our high strength and exemplary might of our country. These military forces are able to protect our country’s interests far away from home about 2500 km of Iran’s coasts, which indicates the country has the upper hand in the sea and is at the highest level of preparedness.”

”Wherever the interests of Iran are threatened, we stand firmly and defend our interests,” he stressed.