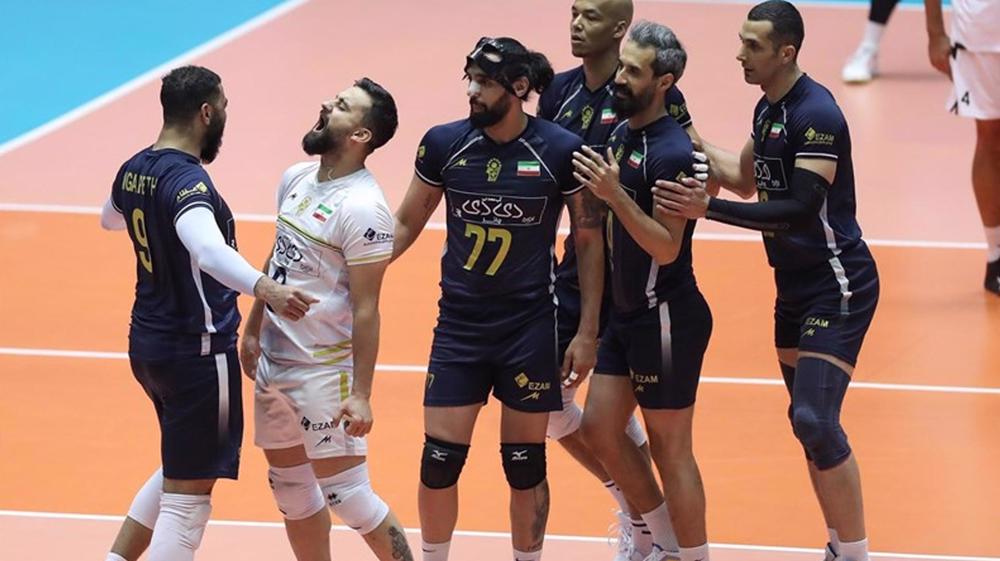 The home team, continuing its unbeaten run in the tournament, stamped its authority with an epic comeback in a pulsating summit clash in front of a cheering crowd.

After going down two sets, Paykan bounced back in the third set through spectacular blocking from Nimir Abdelaziz and Hamzeh Zarini followed by some powerful strikes by Armin Tashakori and Seyed Mohammad Mousavi.

Abdelaziz was the star of the night with 29 points, including 24 attacks from 45 attempts and 3 aces for his team, while Earvin Ngapeth pitched in with 14 points.

It is the eighth time Paykan has emerged as the championship winner, the most for any Asian club. For Suntory Sunbirds, it was the first time in 20 years they had reached the championship final.

The annual continental club competition organized by the Asian Volleyball Federation was held between May 14 and 20 in Tehran and drew a large number of spectators.

Teams from Iran have won the tournament 15 times, the most for any nation, with Paykan claiming the trophy seven times.