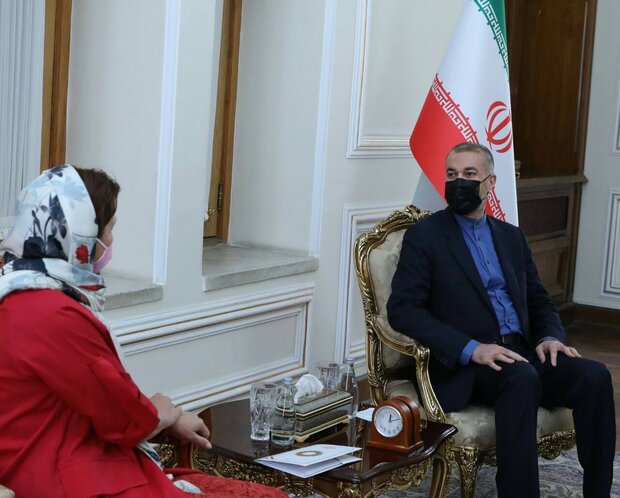 Iranian Foreign Minister Hossein Amir-Abdollahian held a meeting with the visiting State Secretary of the Ministry of Foreign and European Affairs of the Slovak Republic Ingrid Brocková in Tehran on Tuesday.

In the meeting, Amir-Abdollahian expressed satisfaction with the results of political consultations between the two deputy foreign ministers and expressed Iran’s readiness to promote and deepen bilateral political and economic cooperation, as well as cooperation in international organizations.

The top Iranian diplomat described the holding of the Joint Economic Commission as a good opportunity to discuss new trade and economic fields.

Referring to the ongoing developments in the region, the Iranian Foreign Minister stressed the principled stance of the Islamic Republic of Iran in opposition to the war and harming unarmed people and said, “Unfortunately, in our region such as in Afghanistan, Palestine and Yemen, we are witnessing tragic scenes of harming the ordinary people, women and children, and it is necessary for international and European institutions and organizations to take a proper approach and pay more attention to this issue.”