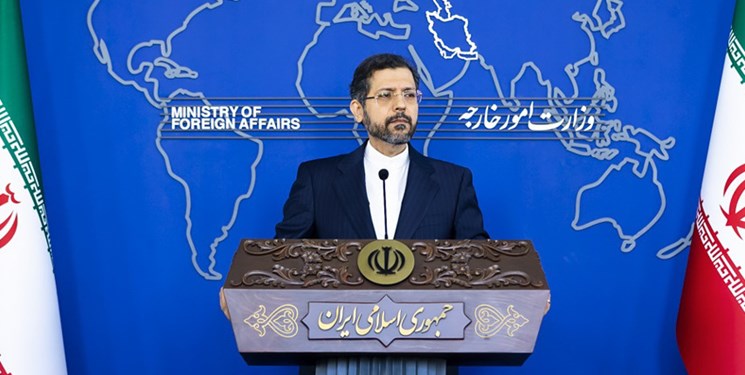 The spokesperson for the Iranian Foreign Ministry says the Islamic Republic has already introduced special initiatives for the advancement of the Vienna talks on the revival of the 2015 nuclear deal, stressing that the United States needs to make a political decision and respond to Tehran’s proposals.

Speaking at a weekly press conference in the capital Tehran on Monday, Saeed Khatibzadeh said the proposals were presented during the latest visit of the European Union’s deputy foreign policy chief, Enrique Mora, to Iran.

The serious talks between Iran’s foreign minister and the EU foreign policy chief included “special initiatives” from Iran, Khatibzadeh said, stressing that the situation is favorable for all parties to return to Vienna to conclude an agreement in case Washington responds to such proposals.

The Iranian diplomat also stated that Russia has played a constructive role in the Vienna negotiations, but he acknowledged that the conflict in Ukraine may undercut Moscow’s mediation role in the talks.

Khatibzadeh reiterated that Tehran seeks to restore its legitimate rights and that the so-called “maximum pressure” campaign, initiated by the Trump administration and maintained by the Biden administration, must be dismantled.

He also slammed Israel for its relentless attempts to torpedo diplomacy whenever the status quo is indicative of progress in the course of the talks.

Days earlier, Amir-Abdollahian said that his contacts with Borrell, as well as Mora’s talks with Bagheri Kani, provided “another opportunity to focus on initiatives to resolve the remaining issues.”

“A good and reliable outcome is within reach if US makes its decision & adheres to its commitments,” he said in a post on his Twitter account on Friday.

Mora began his two-day visit to Tehran on Wednesday and met the chief Iranian negotiator to coordinate efforts to salvage the 2015 Iran deal, officially known as the Joint Comprehensive Plan of Action (JCPOA), which has been on life support since the US withdrawal in 2018 and its subsequent sanctions against the Islamic Republic.

Several rounds of negotiations between Iran and the P4+1 group of countries – Britain, France, Germany, China and Russia – have been held in the Austrian capital since April 2021 to bring Washington back into the deal. The Vienna talks, however, exclude American diplomats due to their country’s withdrawal.

The talks have been on hold since March as the US insists on its refusal to undo its past wrongs, including the removal of Iran’s Islamic Revolution Guards Corps (IRGC) from its foreign terrorist organization list.

Iran maintains that IRGC’s designation in 2019 was part of former president Donald Trump administration’s so-called maximum pressure campaign against Iran, and therefore, it has to be reversed unconditionally.

The Joe Biden administration disagrees, even though it has admitted on countless occasions that Trump’s maximum pressure policy has been a disastrous failure. It has been maintaining the IRGC’s designation and the economic sanctions as leverage in the talks.