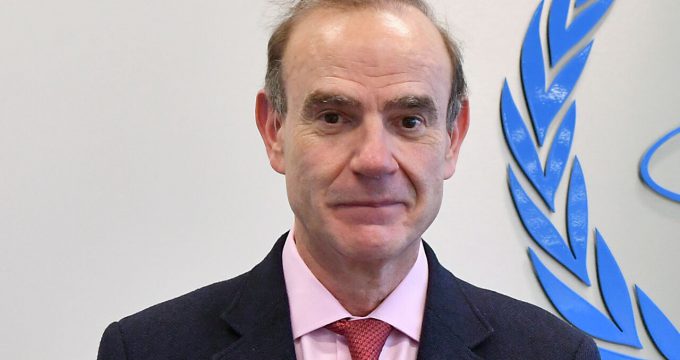 EU foreign policy chief Enrique Mora tweeted that German police had prevented him from continuing his journey on his way back from Tehran to Brussels. 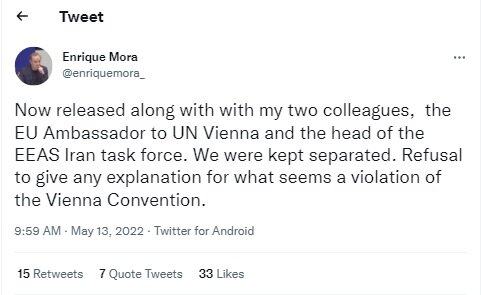 “Now released along with with my two colleagues, the EU Ambassador to UN Vienna and the head of the EEAS Iran task force. We were kept separated. Refusal to give any explanation for what seems a violation of the Vienna Convention,” Enrique Mora, the coordinator the Vienna talks between Iran and the P4+1 group on the revival of the JCPOA said in a quite weird tweet after paying a two-day visit to Iran to discuss the continuation of the Vienna talks with the Iranian officials.

Enrique Mora, JCPOA May 13, 2022 no comments
Amir Abdollahian:”Zionist regime is against freedom of expression”
Iran, Canada football friendly match to be held in Vancouver