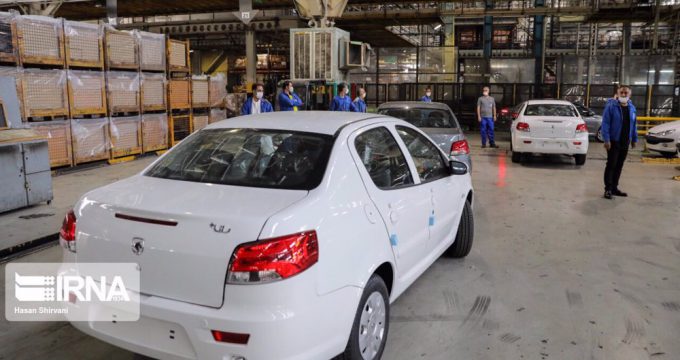 Iran’s largest carmaker the IKCO has reported a record daily output figure amid efforts in the company to improve production processes.

The Iran Khodro Company’s news service said on Thursday that the combined production of cars and heavy-duty vehicles had reached an all-time high of 3,616 units on May 11.

“The registered output record in the fields of cars and heavy and semi-heavy duty commercial vehicles is unprecedented in the history of the IKCO group,” said the company in a statement.

It said 68% of the vehicles produced on May 11 had been finished cars that were ready to be sent to dealerships, adding that the figure is a record in the past six years.

The IKCO has been facing criticism for lack of ability to deliver products on time. It has blamed the issue on parts shortages, especially for items that are supplied from abroad.

The company said in its Thursday statement that it will bring the number of unfinished cars in its production lines to zero on May 22.

The record daily output in the IKCO comes amid a government-led campaign to introduce reforms in Iran’s homegrown car industry.

The campaign started in early March following a major decree by the Iranian President Ebrahim Raisi who personally visited production facilities and yards run by the IKCO in west of Tehran.

Leader of the Islamic Revolution Ayatollah Seyyed Ali Khamenei has also been critical of the low quality of cars produced inside Iran.

Ayatollah Khamenei reiterated the criticism in a speech to laborers earlier this week and said that domestic automotive companies need to do more to boost the quality and competitiveness of their products.