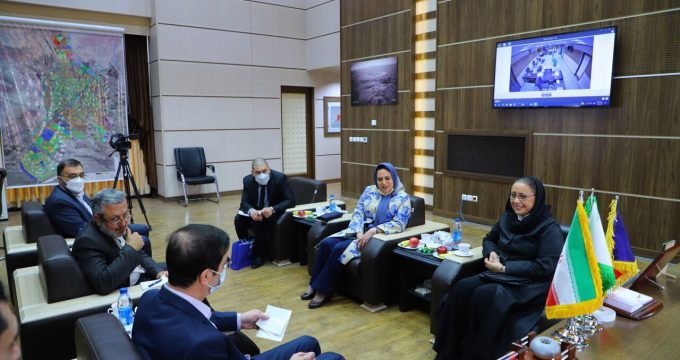 Romanian Ambassador to Tehran, Mirla Carmen Greco said on Wednesday that economic cooperation between her country and Iran, especially in agricultural areas, has increased over last year.

The ambassador made the remarks during a visit to the Central Iranian province of Qom in a meeting with the governor of the province Mohammad-Taqi Shahcheraqi.

The Qom governor said that the province is ready to attract foreign investors in different areas, including construction of solar power plants, tourism, industry and agriculture.

Referring to the existence of some major industrial units in Qom, the governor said that some of the products of the province, such as carpet and footwear are exported to other countries.

Also during a meeting with Qom Mayor Morteza Saqqaeiannejad, the Romanian ambassador referred to longstanding relations between Iran and Romania and voiced her country’s willingness to expand cultural and social relations with Qom.