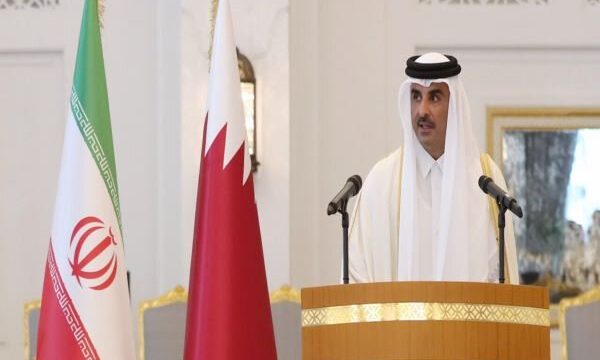 Qatar’s Emir Sheikh Tamim bin Hamad Al Thani has arrived in Tehran on a key daylong visit for high-level talks with Iranian officials on a wide range of bilateral and regional issues.

The visit follows a February trip by the Iranian president to Doha, where he met senior Qatari officials and attended the sixth summit of the Gas Exporting Countries Forum (GECF).

Raisi’s visit was the first to Qatar by an Iranian president in 11 years. During the trip, Tehran and Doha signed 14 memoranda of understanding in the fields of aviation, trade, shipping, media, cancellation of visa requirements, electricity, standards, education and culture.

Qatar has good ties with Iran, with which it shares a giant gas field.

Recently, Iran has voiced its preparedness to provide Qatar with whatever assistance it needs to better and more magnificently host the 2022 FIFA World Cup, which is scheduled to take place from November 21 to December 18 this year in the Persian Gulf kingdom.

One option under discussion is the use of Iranian hotels on Kish Island, a thirty-five-minute flight from Doha to make up for Qatar’s limited hotel capacity. This underscores, analysts say, the simmering tensions between Qatar and neighboring Bahrain and the United Arab Emirates, which joined Saudi Arabia in imposing an economic and diplomatic blockade on the small Persian Gulf country in 2017.

Tehran stood by Doha during the Saudi-led boycott of Qatar, which ended last year.