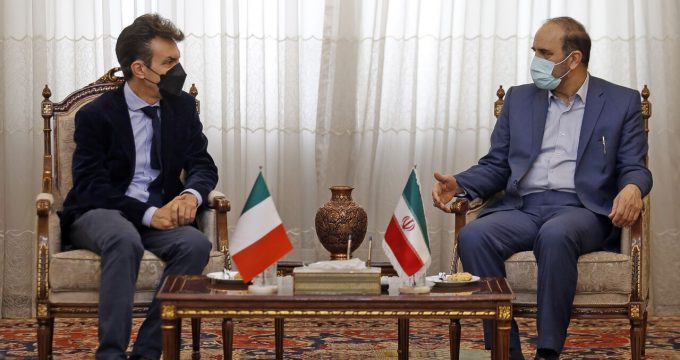 Italian Ambassador to Iran Giuseppe Perrone, who is on a visit to the northeastern province of East Azarbaijan, hailed the deep and positive relations between his country and Iran.

Speaking during a meeting with Governor of East Azarbaijan Province, the ambassador said that an Italian company continued with its cooperation with Iran in completion of a power plant in the province in spite of all the tough sanctions on Iran.

Perrone said that he and his colleague at the Italian embassy had come to Tabriz to explore the opportunities for cooperation.

Noting that the East Azarbaijan is a key Iranian province, he said that his country is willing to enhance relations with this province.

The Iranian governor, for his part, said that East Azarbaijan Province is ready to make use of all its capacities to open a new way in promotion of relations with Italy.

He said that the unique capacities of this province in different industrial, mining, energy and tourism sectors provides a chance for investment and trade exchanges.