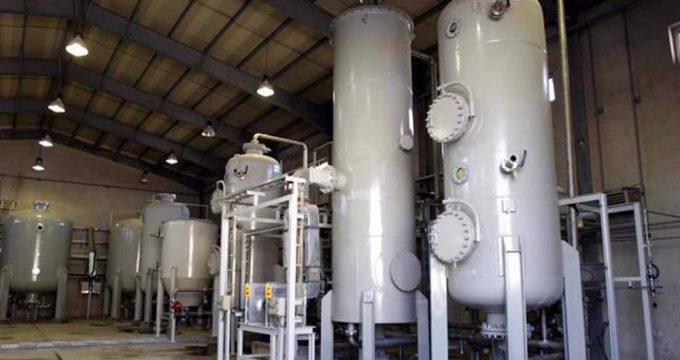 Nuclear chief says Iran is determined to continue to develop its nuclear program, despite the West’s efforts to cap the country’s heavy water production.

The West heightened pressure to eventually dismantle Iran’s heavy water production plants, as it did in some eastern European countries; Mohammad Eslami said.

He made the remarks during an inauguration ceremony marking the manufacture of homegrown kits for newborn screening tests designed to detect metabolic conditions on Tuesday.

“We managed to procure oxygen-18 isotope in the process of heavy water production,” Tasnim quoted Eslami as saying.

Oxygen-18 isotope is widely used in various sciences such as the environment, biochemistry, diagnosis, and medical treatment.

Eslami said that the kits used for detecting newborns’ metabolic condition used to be imported to the country in limited numbers, adding that “Iran is now among the top five countries manufacturing the kits.”

“The kit was produced within a year and we have plans to export it as well,” he added.

He said the country must have its own nuclear power plants, and produce the fuel required for those plants, as well as the nuclear medicine it needs.

In May 2018, US President Donald Trump, a hawkish critic of the landmark nuclear deal between Iran and six other countries – the United States, Britain, France, China, Russia and Germany – unilaterally withdrew Washington from the agreement, and unleashed the “toughest ever” sanctions against the Islamic Republic in defiance of global criticism.

But as the European parties failed to do so, the Islamic Republic moved in May 2019 to suspend its JCPOA commitments under Articles 26 and 36 of the deal covering Tehran’s legal rights.

The victory of Democratic presidential candidate Joe Biden in the elections in the US and his promise to return the country to the multilateral deal has raised the hopes for the JCPOA revival. Since April 2021 several rounds of negotiations have been held in the Austrian capital to bring the US back into the Iran deal, with the EU leading the talks as the coordinator.