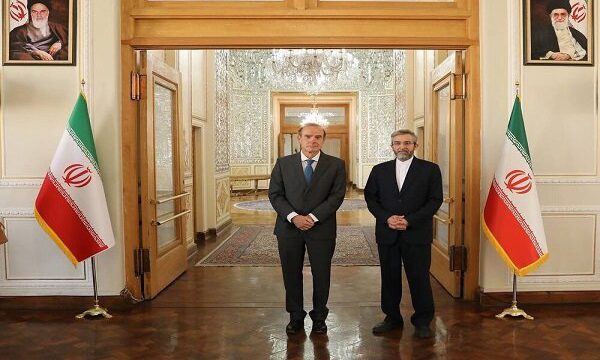 The lull in the Vienna talks is over. The European Union has decided to dispatch its coordinator with the hope of breaking the ice amid a pause in the talks which have been put on hold nearly two months ago.

The talks came to a standstill in March after the US refused to make political decisions regarding some terrorism-related sanctions that Iran believes were imposed in the first place to make the revival of the 2015 nuclear deal, formally called the Joint Comprehensive Plan of Action (JCPOA), ever more difficult.

In the last round of talks, Iran demanded that the Biden administration remove the Islamic Revolution Guards Corps (IRGC) from the US State Department Foreign Terrorist Organizations. The US rejected the demand and blamed Iran for the delay in concluding the talks. Iran, however, said it has done its part and is waiting for the US to make up its mind. Also, Iran said the IRGC designation is not the only issue standing in the way of reviving the JCPOA. But there are also other issues that the US has not yet addressed.

Over the last few weeks, the Vienna talks have not been in the limelight, with the United States occasionally blaming Iran for the delay without openly addressing the points of contention that are impeding the deal.

With the EU coordinator of the talks, Enrique Mora, travelling to Iran this week, the Vienna talks has come to the fore again. But it remains to be seen whether the European official will be able to break the deadlock which now threatens to scuttle a year of intensive negotiations.

EU foreign policy chief Josep Borrell was keen to highlight the gravity of the situation and used words that might convey a veiled warning. He told the Financial Times Saturday that he was seeking a “middle way” to end the impasse over the IRGC designation.

Borrell said he had wanted Mora to visit Tehran to discuss the issue, but added that Iran “was very much reluctant.” He described the diplomatic push as “the last bullet.”

According to the British newspaper, Borrell is considering a scenario whereby the designation on the guards is lifted but kept in place in other parts of the organization.

Nour News, a website close to Iran’s Supreme National Security Council, confirmed that Mora will be heading to Iran. It said the visit will take place on Tuesday and “can be a new step for constructive consultations on the few, but important, remaining issues.”

It said there is still a possibility of making a deal. “Reaching a strong, lasting, and reliable agreement is possible but requires realism on the part of Washington and learning lessons from the mistakes that created today’s complicated circumstances,” the website said.

The visit of Mora could be an opportunity for both the US and Europe to break with the policies that prevented the conclusion of the talks. But it is unlikely to lead to a breakthrough if Mora fails to present what Iran demands.

Nour News said the US is to blame for the prolongation of the talks and is seeking to extract concessions through political pressures which will not produce a change in Iran’s principled positions.

Iran is waiting for the US to make political decisions regarding the talks. But if Iran comes to a conclusion that waiting is not helpful it will withdraw from the talks, according to an Iranian lawmaker sitting on the parliament’s National Security and Foreign Policy Committee.

The lawmaker, Mehdi Saadati, said that Iran does not intend at present to withdraw from the talks in Vienna.

He told the Arabic-language Iran News Agency website that “as for the negotiations, we are still waiting for a decision from the United States to revive the agreement, and we do not intend to withdraw from the negotiating table unless we reach a definitive conclusion that waiting will never help.”

He noted, “In recent weeks, Washington has not presented anything new and insisted on direct negotiations with Tehran.”

He concluded, “If the Americans want to negotiate directly with us, they must first of all show their goodwill, and this is what we have repeatedly told them.”