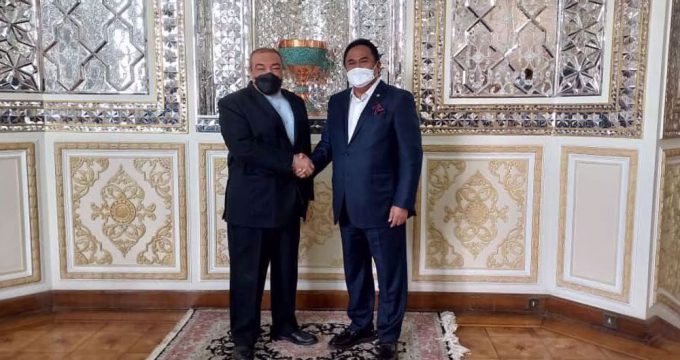 Safari said Iran’s southeastern port of Chabahar, which is the country’s only ocean port, can become a major platform to transfer Indonesian exports to countries in Central Asia and the Caucasus region.

Other Iranian government officials welcomed the idea of barter trade with Indonesia, with trade minister Reza Fatemi Amin saying Iran will seek to use barter along with other strategies like lower tariffs to help boost trade with the Muslim nation.

Details of the meeting were not immediately available but sources said that the Indonesian delegation had discussed the possibility for increased Iranian supply of energy products, including crude oil, to Indonesia in the meeting with Khojasteh Mehr.

Gobel’s trip to Tehran also comes as Iranian agriculture ministry announced earlier this week that it has plans to ramp up cooking oil imports by 200,000 metric tons in the short term.

The announcement came amid a global shortage of cooking oil that has been exacerbated by the war in Ukraine and Indonesia’s ban on exports of palm oil.

Iranian officials have promised they will increase the supply of raw oils, including palm oil, to local manufacturers of cooking oil in the very near future.