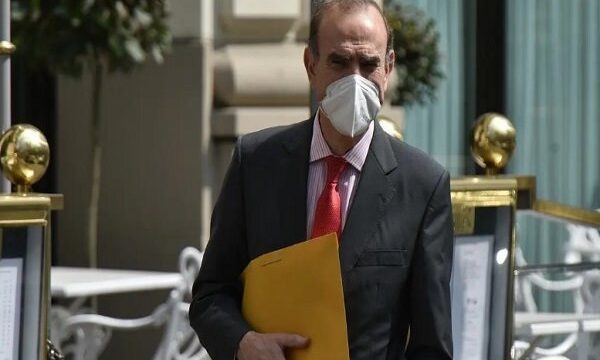 Enrique Mora reportedly to stay in Tehran until Friday

News sources reported that the EU coordinator of the JCPOA Commission Enrique Mora is scheduled to visit Iran on Tuesday.

Given the EU’s role in exchanging views between Tehran and Washington, Enrique Mora‘s visit to Tehran could have an important effect on the consultations on the few remaining issues to the Vienna talks.

The news comes as EU foreign policy chief Josep Borrell told the Financial Times that he wanted Mora to visit Tehran to discuss the remaining issues in Vienna negotiations, and claimed that Iran “was very much reluctant”.

Borrel further said that the EU is making a last-ditch attempt to save the Iran nuclear deal and break a deadlock triggered by Tehran’s demand that Washington lifts its terrorist designation on the IRGC.

According to the Financial Times, Borrell claimed that he was seeking a “middle way” to end the impasse, which threatens to scupper more than a year of European diplomatic efforts to seal a deal that would lead to the US rejoining the 2015 accord and lifting sanctions on Iran.

The EU diplomat Mora will stay in Tehran until Friday, according to Twitter post by Stephanie Liechtenstein, the Independent newspaper correspondent based in Vienna, Austria.