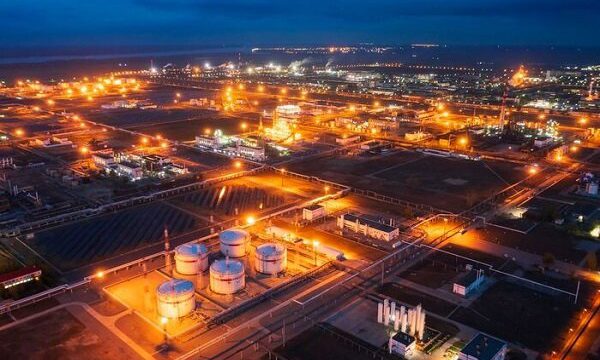 The Phase 11 of South Pars Gas Field is scheduled to produce 14 million cubic meters (MCM) of gas per day by the end of this Iranian calendar year in 1401 (March 20, 2023), an Iranian official said.

Director of the Integrated Planning at the National Iranian Oil Company (NIOC) Karim Zobeidi made the remarks on Thursday and said that experts are trying hard to materialize the goal of expanding daily gas production in the South Pars Phase 11 to 14 million cubic meters until the end of the current year in 1401.

The NIOC also plans to make operational three refineries in Phase 14, Zobeidi said, adding that a ship hit one of the platforms of Phase 13, which is being fixed and production in the platform will be resumed within the same year.

The manager went on to say that programs for initiating production in phases 22 and 24 in the South Pars Gas Field are on the agenda as well.

The first phase of the South Azadegan Oil Field is planned to target production of 220 barrels of oil until the end of this year, he noted.

One of the main concerns in the year is supply of gas in winter, he said, adding that the NIOC labors hard to maximize production in the South Pars Gas Field; therefore, Phases 13, 22, 24 and refinery of Phase 14 should be completed in order to prevent of gas shortages in cold months of the year.

If Iran and the P4+1 group (Britain, France, Russia, China plus Germany) reach an agreement in Vienna, Austria, the National Iranian Oil Company can increase oil and gas production more than to the level that was recorded in 2018, he mentioned.

As to the oil production at the level of 3.8 million bpd in March last year, Zobeidi noted that it is possible to reach to this amount of oil production from different fields.