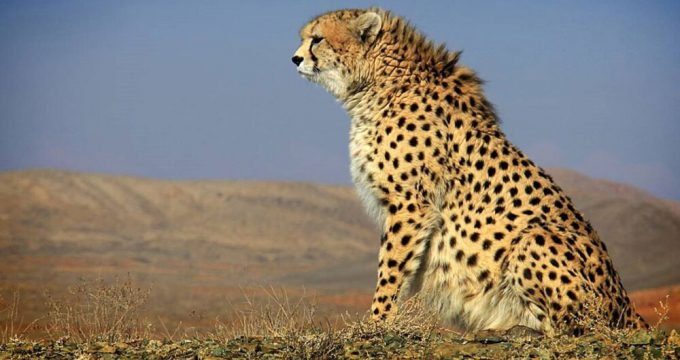 “Iran” able to reproduce cheetahs for next 5 years

“Iran”, a fertile female Asiatic cheetah who lately gave birth to three cubs, has the ability to reproduce for at least the next 5 years, Ali Salajeqeh, head of the Department of Environment (DOE), has stated.

The endangered female cheetah gave birth to three cubs in captivity, for the first time for the subspecies.  The cubs were born at the Touran Wildlife Refuge in Semnan province, on May 1st, by cesarean section.

However, one of the cubs who were weaker than the others lost his life on Wednesday, as the mother refused to accept the cubs and they were fed by hand.

Listed as critically endangered by the IUCN, the Asiatic cheetah is among the rarest cats in the world at the subspecies level. What matters the most is the captive breeding of cheetahs to preserve the genes of this species, Salajeqeh further highlighted.

All scientific aspects and global experiences of this action should be carefully studied to publish the results and achievements in different languages, he noted.

Hassan Akbari, deputy head of the Department of Environment (DOE), said in January that the Asiatic Cheetah was down to just 12, from an estimated 100 in 2010.

The cheetah habitat in the southern part of the country is stretching to over three million hectares but is hosting only a few cheetahs.

The DOE has long been trying to breed Asiatic cheetah in the wild and in captivity so that the species is protected from extinction, but none appeared successful.

Previously, artificial insemination has been conducted on a female cheetah called ‘Delbar’ several times, and all failed.

Over the past 60 years, Iran is home to the last known population of Asiatic cheetah, which once roamed across vast ranges of the west and south Asian countries, from West Asia to India. Listed as critically endangered by the IUCN, the Asiatic cheetah is among the rarest cats in the world at the subspecies level, with fewer than 50 believed to remain in Iran.

Cheetahs’ habitats in Iran are stretching over 12 million hectares of land area and over the past 16 years, only experts collaborating with the CACP project have strived to count 48 cheetahs using trap cameras and other technical methods.

Roads fragmenting cheetahs’ habitats are the main threats to the species, while guard dogs and stray dogs, drought spells, decreasing population of the prey species to support the cheetahs, and habitat loss are also other factors endangering the sparse population of the cheetahs in the country.