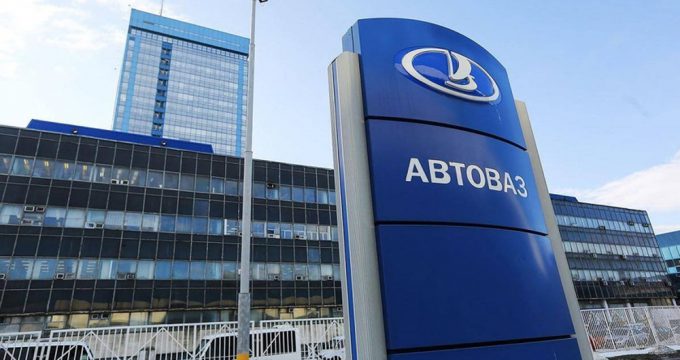 A leading Russian automaker has called for cooperation with Iranian parts manufacturers to supply it with critical vehicle components, Iran’s official news agency IRNA has reported.

The Ukraine war has upended car production in Russia which is the eighth-largest automotive market in the world. Several global manufacturers have halted deliveries to Russia, while others have been forced to pause production due to a lack of parts.

The Russian carmaker, which IRNA did not identify, has sounded out Iranian parts and equipment manufacturers on the possibility of supplying its production lines with required products, a member of the Iranian Auto Parts Manufacturers Association (IAMPA)’s presiding board said.

“Given the prominent Russian automaker’s demand for cooperation with Iranian parts manufacturers, companies that have the ability to supply the Russian side in terms of quality and quantity of production, can try their luck for a presence in the market of this northern neighbor,” Hossein Bahrainian said.

Bahrainian said an Iranian automaker has already been planning to take advantage of the maritime border to carve out a bigger share of the Russian and Eurasian market.

Some Iran-made automotive components such as engine cooling systems, suspension and casting parts have been exported to the Russian market in recent years.

The conflict in Ukraine has caused logistical and supply chain problems as well as parts shortages of critical vehicle components.

Many automakers source wire harnesses, which are used in vehicles for electrical power and communication between parts, from Ukraine. The problems add to an already strained supply chain due to the coronavirus pandemic and an ongoing shortage of semiconductor chips.

They have impacted vehicle production not only in Ukraine and Russia but have also destabilized supply of components in other parts of Europe and beyond – with other risks as well in the upstream supply chain.

Russia is currently subject to unprecedented Western sanctions amounting to an economic war that, experts say, will have profound implications for the global economy and the automotive supply chain.

Renault is the most exposed in Russia which is the French carmaker’s second largest market, contributing around $5.5 billion or 12% to its balance sheets. The group has a 51% stake in Avtovaz, assembling Ladas, 90% of which are sold within Russia.

In March, Avtovaz announced partially halting production at its plants due to shortages of electronic parts.

For Avtovaz and other Russian industrial groups, Iran offers a way to beat sanctions.

Iran’s auto sector has started standing on its own feet after years of reliance on imported car kits which foreign companies stopped supplying when the US reimposed sanctions on the Islamic Republic in 2018.

Former Minister of Industry, Mining and Trade Alireza Razm Hosseini said in July that the total value of imported contents used in car manufacturing had been cut by $2.5 billion.

“Thanks to the efforts of automakers and component makers, the $4 billion dependence of the automotive industry on foreign companies has been reduced to $1.5 billion today, and the depth of internalization has increased,” he said.

“The achievement is due to the blessings of sanctions, and with the cooperation of auto parts manufacturers and the support of car manufacturers, we have succeeded in localizing a large part of car components,” secretary of the Iranian Auto Parts Manufacturers Association (IAPMA) Arash Mohebinejad said at the time.

Iranian automakers picked up the slack after France’s Peugeot and Renault exited Iran along with other international companies in the wake of US sanctions which created a supply crunch which saw car prices vault to unprecedented highs.

The crisis forced Iran Khodro, Saipa and other companies to pool up local resources to produce Iranian-made vehicles, with the defense ministry joining in to manufacture some of the hi-tech parts which Iran used to import.

The auto industry forms the second biggest sub-sector of the economy behind oil, accounting for some 10 percent of the gross domestic product and 4 percent of employment.

When the Trump administration reimposed sanctions on Iran in August 2018, it reserved Washington’s first hammer blow for the car industry to hurt as many Iranians as possible.

However, the US pressures forced domestic manufacturers to mobilize their resources to fulfill some of the tasks which were an exclusive competence of foreign companies.

Local manufacturers are now producing a wide range of parts. Industry, Mining and Trade Minister Reza Minister Fatemi Amin said in October that they can export some of their products, but Iranian automakers have been asked to address the domestic market needs for now.